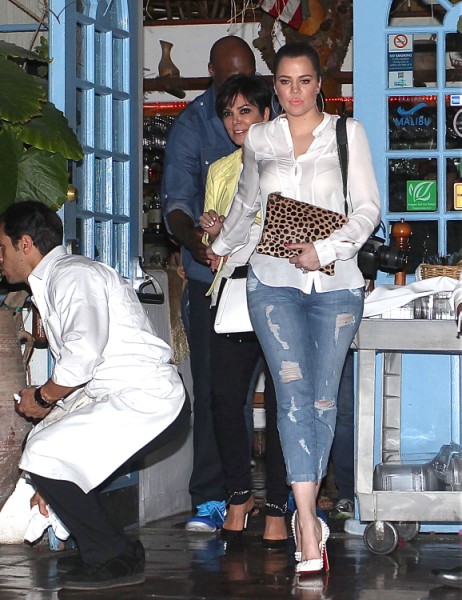 I thought Khloe Kardashian’s shit job and overall lack of talent got her fired from The X Factor but that was apparently way too easy. No, the Momanager from Hell had to be behind the whole thing! According to sources, Kris Jenner was such a nightmare to work with the producers couldn’t handle another season with a Kardashian.

Radar Online reports that Kris did her damnedest to discredit Mario Lopez during Khloe’s brief tenure and even tried to start a coup that would kick Mario off the show and replace him with another one of her daughters. “Kris would go to the producers and say Mario was being pushy and insensitive and she’d often confront Mario directly. Kris claimed that the chemistry between Mario and Khloe just didn’t work and that Kim or Kourtney would be a better fit,” a source said.

That’s what happens when you reach too high I guess. Still, it’s not every day that someone slaps a Kardashian back down to earth so this interesting. I can’t help but think Kris is taking this one for the team though. By now Kris knows she’s the overbearing villain of the family. Does she leak stories like this to take the heat off Khloe? Khloe getting axed because she’s not good enough isn’t a great headline for a future hosting career. Khloe getting axed because her mother sucks is much more acceptable. Would Kris be that selfless? I think if it made the family more money and advanced her kids’ careers Kris would admit to just about anything – except Khloe’s real dad – that seems to be the ridiculous story she can’t quite shake!

Was Khloe Kardashian fired because of her lack of chemistry and talent or because of the Kris Jenner/X-Factor rumors? Either way it’s still pretty embarrassing, yes?