Diva’s Vs. Drug Addicts in Hollywood: Why We Hate Kristen Stewart and Katherine Heigl but Love Robert Downey Jr. 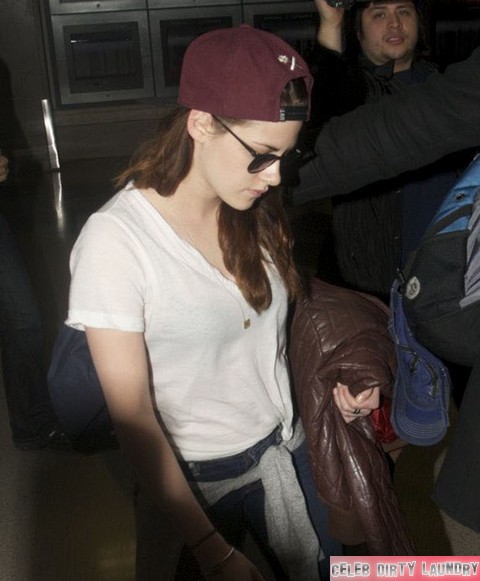 What have I learned about the ladies dominating Hollywood headlines in the last few weeks? Well, Amanda Bynes is officially schizophrenic, Lindsay Lohan might actually be clean, Miley Cyrus is a hammer-licking trash bag that thinks we all should do drugs (except for coke because unlike everything else, coke will really mess you up, unquote) and Katherine Heigl? Well she’s just a straight up bitch that actors, directors and former friends have all bashed in delicious detail. It got me thinking about what Hollywood really tolerates and it seems like some things like addiction or mental illness are excused away while being a diva often becomes the unforgivable sin.

Lindsay is a few months out of rehab and so far she has managed to keep her nose clean. It has industry insiders contemplating whether or not she is worth investing in again. Lindsay has bullshitted her way through so many lackluster parts, mainly because no major studio would take the risk of investing in her in recent years because she has been deemed uninsurable.

Ironically, a celeb like Lindsay is actually in a good position because people want to see her pull it together and secretly lots of producers and directors would love to be in the position of guiding her real comeback role. Think of Robert Downey Jr. He was once topping of the list of actors most expected to overdose and he managed to turn it completely around. He went from crack house hopping to being a well respected top A-list actor in just a few short years. If you are human and mess up, Hollywood has a short term memory and forgives.

On the other hand, if your demands go beyond the expected realm of extravagant and you are hell in Manolo’s to deal with then eventually the jobs disappear. I’m not talking about J-Lo insisting on white dressing rooms and demanding that the “staff” not look her directly in the eyes. Sure that’s ridiculous but girlfriend is smart enough to balance it out by putting on her best Jenny From the Block performance and winning people over 15 minutes after ticking them off.

I’m talking about people like Kristen Stewart that has never given a single interview that wasn’t tinged with resentment. She is a misery princess to the millionth power and then she might swoop in and screw your man between takes on set too. Have you noticed that since the final Twilight movie left theaters last winter the “trampire” hasn’t done much of anything other than scowl and give dirty looks at photographers? There is a reason.

Katherine Heigl is another one that basically went from being a star to watch to a total dud overnite and it has nothing to do with her acting chops. Katherine is known to be beyond difficult. She created a lot of backstage misery on Grey’s Anatomy and then expected to cross over into a great film career. Unfortunately her self absorption and disrespectful attitude proceeds her. Several producers and director’s hated having to deal with her and would rather slit their wrists with a butter knife twice that have to ever consider hiring her again. Studio’s love to share info, especially when you suck as a person and so guess what- Katherine has precious few scripts rolling in to even glance at.

My guess is that Hollywood would rather embrace a cleaned up junkie ahead of a diva because they can blame their previous behavior on something other than themselves. They were drunk, high, whatever and if they’ve since cleaned up then they really may be a totally different person. Unfortunately a high maintenance diva is simply a bitch all day, every day, making a choice to behave badly. No one wants to purposely sign on for the misery that accompanies them and let’s face it, it could be a great project but the finished product will never be as fantastic as it could have been if someone like Katherine or Kristen is sucking the life out of everyone behind the scenes!