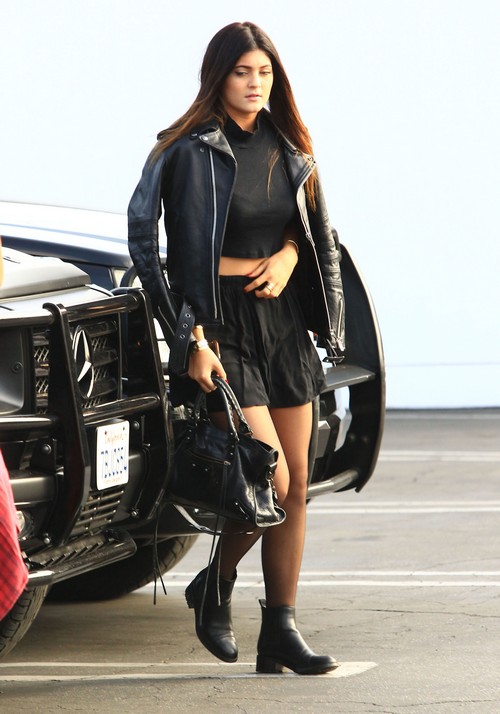 It is official, I now firmly believe that social media should come with some kind of Miranda warning where you are aware that, “anything you say and do can be held against you in the court of public opinion,” type of thing so these “celebrities” will start pleading the 5th instead of posting “foot in mouth” messages like this Kylie Jenner character.

The youngest and wildest of the Jenner girls tweeted a series of messages responding to allegations that she and her older sister Kendall Jenner used fake ID’s to drink at a club. Listen I do not know if they did or did not use fake ID’s to drink at a 21+ sex-themed club, but the pictures of them looking the worse for wear leaving said club are pretty incriminating. They are young, they are Kardashians by association, their parents are getting a divorce, and their mom who doesn’t realize she is in her 60’s (or whatever) is chasing men half her age, which is a lot of reasons to want to engage in a night of debauchery. I get it girls, I’ve been there. Well not really – my family never got famous because my sister made a sex tape, and my mom (being all sensible and what not) never tried to pimp me out of a dollar – but still I get it.

What I don’t get is Kylie going on a twitter rant about how classy she and her sister Kendall are, and how despite what we all want they are going to be great successes just like their mom and sisters. Kylie we don’t want you and Kendall to fail, we just want you and your family to quietly go away. Anyway I digress, here is part of Kylie’s rant:

It went on from there but I don’t want to bore you, so let’s get into the foot in mouth part. During her rant Kylie also tweeted this:

It is actually a very inspiring tweet but it seems Kylie doesn’t practice what she tweets, because just days before this tweet, October 18th to be exact, she threw a tantrum of epic proportions at the Beverly Hills Hotel because; “don’t you know WHO I AM!!! Now serve me and my underaged friends a f***king drink right this minute or you will never serve another drink in this town again.”

According to People, Kylie who showed up to the Hotel with Jaden Smith and a group of friends was as happy as can be until she and her friends requested and were denied the alcohol and bottle service.

Hearing the dreaded word “No,” a source told People, that the youngest Jenner turned into, “a complete nightmare,” and started berating the host said the five words no one with humility and class has ever uttered, “Do you know who I am?” Yes they know who you are Kylie, which means they knew you were too young to serve alcohol if they want to keep their liquor license.

According to the source when she didn’t get her way, Kylie showed her class by storming out of the hotel after calling it, “not worth her time,” and, “f**king lame.” That’s classy girl. Real. Classy.

Ok Kylie I know mama Kardashian, I mean Jenner was too busy leaking Kim’s sex tape and pimping all of you kids out to properly raise you, but throwing a very public tantrum because an establishment wouldn’t serve you and your underaged friends drinks is not carrying yourself with class and dignity – quite the opposite actually – and if this rude display at the Beverly Hill’s Hotel along with your night out at the sex-themed night club, is indicative of the future you are “determining” then I guess I can expect to be reading (and writing) a lot about your bad behavior in future. Lucky me.