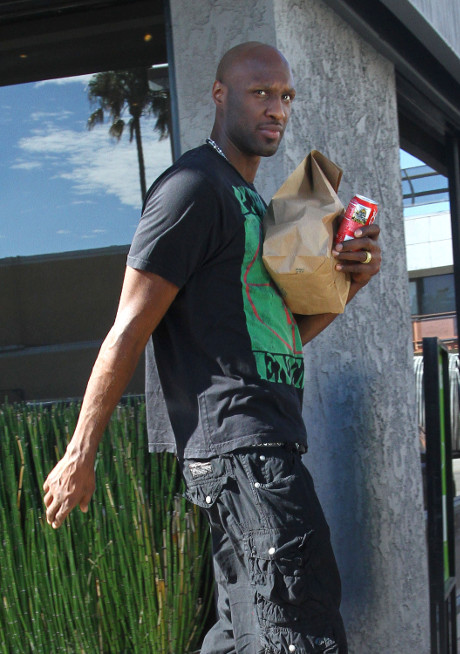 As all the controversy and drama surrounding Lamar Odom and his drug problems continues to grow, Lamar Odom has come out and said that he in fact does not have a drug problem and everything in his life is just swell. He claims he’s not a drug addict, does not require professional help, and that he’ll be back on an NBA team in no time at all. Wow. With so many people — in his professional and personal spheres — out there who claim to be witnesses to his addiction, it seems as if Lamar is in a state of denial. WATCH VIDEO CLICK HERE.

TMZ reports: “33-year-old Odom went to Teru Sushi in Studio City last night … and after taking some photos with fans, he finally addressed the media about drug issues in his life … claiming everything is hunky-dory. Problem is … Odom is clearly in denial. As we’ve previously reported, just about everyone in his life — personally and professionally — knows about his battle with substance abuse, including his wife Khloe Kardashian.”

So who do you believe? Lamar Odom — who says “life’s all good” — or the countless people around him who all seem to be marching to the same beat claiming Lamar’s an addict? Let us know in the comments section below.