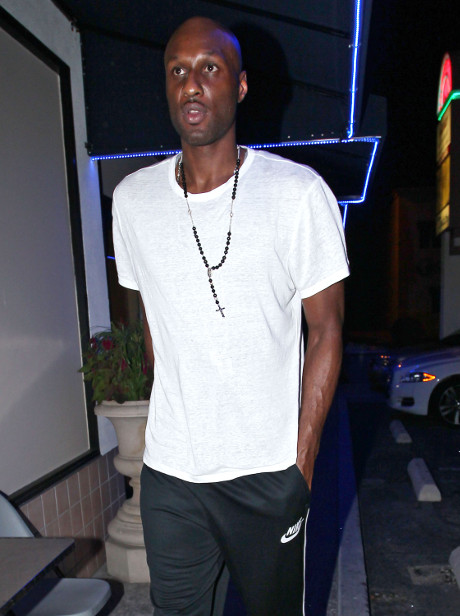 Kris Jenner had one lonely Thanksgiving this year — most of her family didn’t even show up (but they all had “valid” excuses). Kim Kardashian, Kanye West, and North West were in Miami celebrating; Khloe Kardashian fell too ill and, therefore, couldn’t make the dinner; and Lamar Odom, who was once considered an integral part of the family, chose not to attend, or so we’re hearing.

There have been many reports saying that Lamar wasn’t invited to Jenner’s dinner at her home in Calabasas; however, Radar Online says that he was in fact invited and simply chose to decline the offer. This seems kind of strange to us, especially if he’s trying to rescue his marriage, which is flailing in the water and about to sink like a stone.

Instead, Lamar chose to spend the holiday with his father. Us Weekly reported that the (sort of) basketball star was spotted out eating with his father and some friends during the big Turkey Day.

In related Lamar Odom/Khloe Kardashian relationship news,  Khloe was spotted out and about on December 1st and she wasn’t wearing her wedding ring, which could be a fatal sign that things AREN’T getting any better with this relationship. What do you think about the Thanksgiving drama — and the entire situation — surrounding Khloe and Lamar?