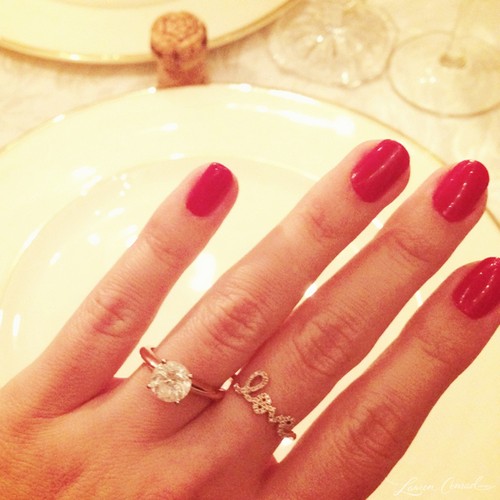 Remember all those times when we watched Lauren Conrad cry and stress over some random guy that didn’t deserve her attention in the first place? Well it looks like those days are as over as Lauren’s reality television career because she just announced a little while ago that she is engaged to boyfriend of 18 months, William Tell. He apparently popped the question just this weekend and she couldn’t wait to share the happy news.

Lauren is probably one of the smartest young women to find themselves connected to a reality show because she used the time in front of the camera to lay the groundwork for a successful career. Fans of The Hill’s watched LC intern for Teen Vogue and People’s Revolution on her way to building her own clothing brand. A few years after walking away from MTV, girlfriend has taken branding to an unreal level. If you’re not a fan of her clothing line, Paper Crown or her Eco friendly new venture then perhaps you’ve found your self sucked into one of her best selling books.

Lauren and William first started dating on Valentine’s Day 2012 and it was pretty obvious from the start that this guy was different. Gone were LC’s night’s out club hopping and crying in her cocktail. Instead she grew up, stayed in and built her empire will supporting her law student new guy. She says that her family loves him and I’m sure there will be a wedding slant to some of Lauren’s next designs, don’t you think?

Were you a fan of LC’s when she was on The Hill’s? Did you think back then that she would move past all of the Spencer Pratt garbage and morph into a bonafide class act? Tell us your thoughts in the comments below! 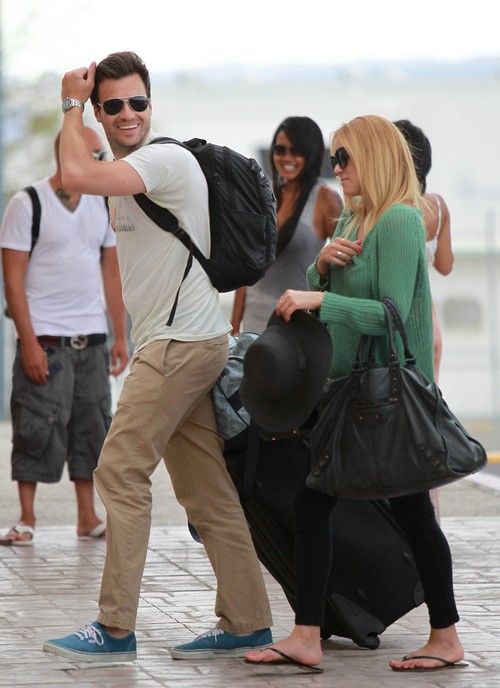