Lea Michele Gets Her Own Glee Spin-Off Show 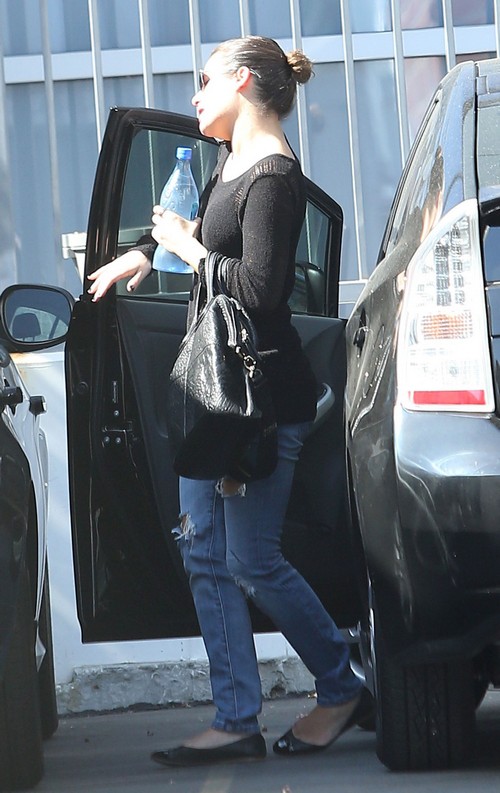 Lea Michele is getting her own Glee spin-off show. A source tells RadarOnline that Glee creator Ryan Murphy has been working on developing a spin-off for Glee that will focus on Lea Michele’s character, but away from the settings that were the focus of Glee.

The source explains, “They’re making the deals now and it also presents a viable exit plan for the main ‘Glee’ series itself — in that some of its core cast would also migrate to the Lea Michele project as ‘Glee’ is showing signs of aging. This is definitely happening.”

Well, this report is full of crock for many different reasons. One, Glee did not get cancelled because it’s showing signs of ‘aging’. It got cancelled because of Cory Monteith‘s untimely death, and the aftermath of his death on the cast and the crew. Murphy has been very clear in his intent to shut down the show after its 6th season, claiming that it will end honoring Cory’s memory. He had stated in the past that he had envisioned the ending of the series as a scene between Lea Michele’s character and Cory Monteith’s character, but since that moment can never happen now, he has decided to scrap all of his original plans. The writers, along with Murphy, have already crafted an edited ending, which will be airing at the end of the sixth season as the series finale.

I could definitely see Murphy interested in working with Lea again, but I doubt they would re-team on anything Glee-related. For one, it would be too painful for them and undoubtedly bring up a lot of painful memories, and for another, I don’t think the rest of the cast and crew would support this idea.