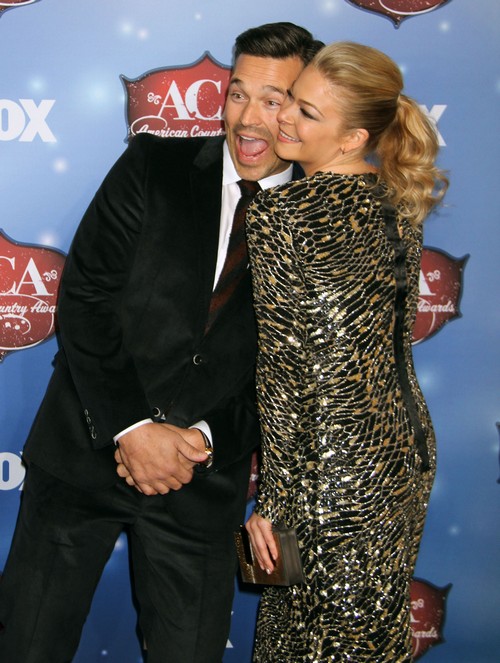 LeAnn Rimes wants attention y’all so she did something my two year old would do and scribbled all over her dang arm. She was spotted looking pensive while doing some shopping in Beverly Hills on Wednesday with an arrow and some words written on her right arm. It is pretty ridiculous and like I said something only my youngest child would do but it does make for a pretty fun game of, “Let’s guess the scribbles.” I think it says Grace will elude you. Okay, that is probably not what is says, but that’s what it should say. 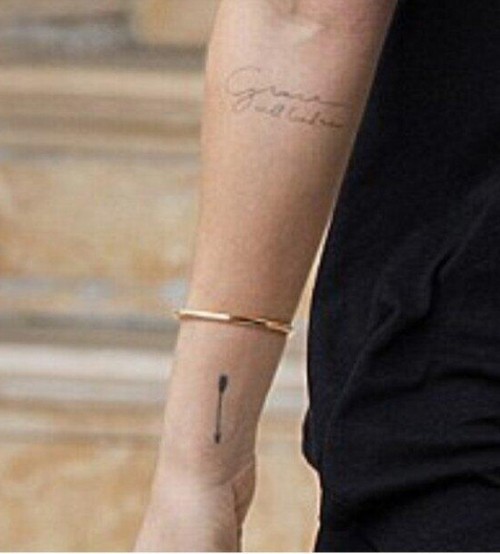 On her shopping trip LeAnn was also wearing her new ring (she was also wearing it in one of her latest creepy vine videos), and now that I see it up close it is easy to see that it is not her original ring. You know the ring she is said to have tossed and lost, hence the need for a new diamond from herself Eddie Cibrian. So LeAnn you haven’t worn your ring in 3 months and all of a sudden your mostly out of work hubby buys you a new diamond. Likely story LeAnn. Likely. Story.

I will say she looked a lot better for her day out shopping than she did for her most recent Casino concert. By better I mean she looks like she showered and brushed her hair, which is more than can be said for how she showed up for her paying audience – and yes many were very vocal about their disappointment. On the Argus Leader one person lamented that they were, “very disappointed in her lack of professionalism.” Well another wrote, “Her appearance was lacking. She looked like she came straight from the gym. We deserve a little more respect. Is it too much to ask for her to wash her hair, put on some make up, and wear appropriate stage clothing?” It is rude because these people paid for the whole package and instead just got a big ole mess.

But in perhaps the most infuriating and yet oh so typical LeAnn news this week (so far) is the fact that she is using what is most likely her last Christmas as Mrs. Cibrian to continue to stalk and torture Eddie Cibrian’s ex-wife Brandi Glanville. First it was when she inserted herself yet again in Brandi’s Real Housewives of Beverly Hills drama in an obvious attempt to get attention and bait Brandi, but that was her just getting started.

LeAnn almost never tweets about her in-laws, but that is because it isn’t every day that Brandi brings them up. Early on Tuesday Brandi tweeted about how she missed her ex-mother-in-law: 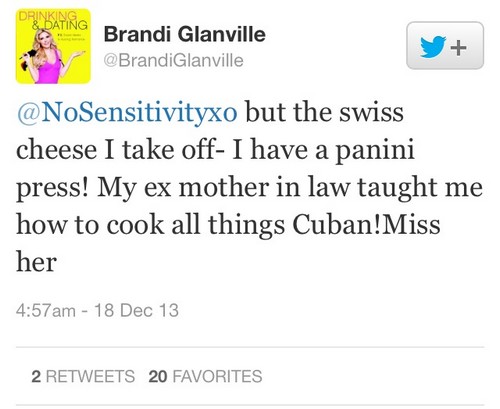 After that it was just a matter of time before LeAnn – who is said to stalk Brandi’s Twitter and try and taunt her with tweets – tweeted about her mother-in-law, and true to form she did. In fact she went on and on about her mother-in-law, and how her mother and stepdad should live with her inlaws because they are so much alike and always together. Gawd LeAnn you are so transparent and desperate *facepalm*. Here are some of the tweets: 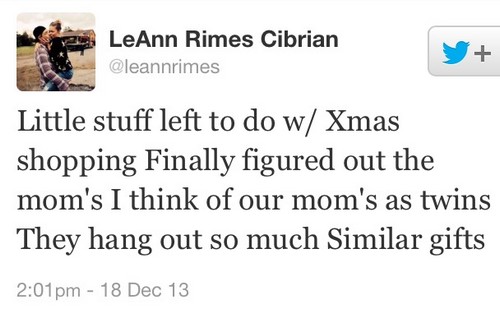 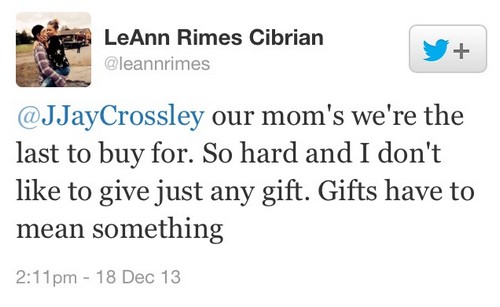 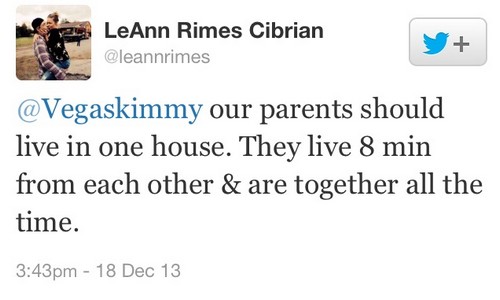 Her favorite weapon against Brandi has been Brandi’s sons Mason and Jake – so of course she had to get a nonsensical tweet about the boys in so she could be like, “look they are with us right now, sooo happpyyy.” 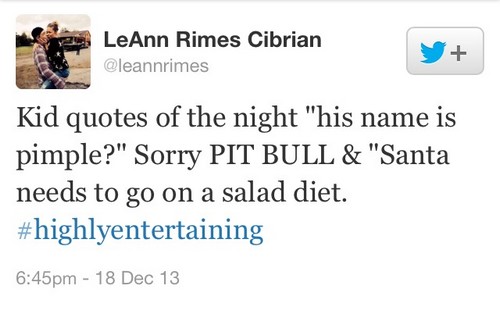 That tweet was almost as nonsensical as this one:

She obviously tweets about them just for the sake of tweeting about them. So weird.

Enjoy it all while you can LeAnn because this is probably the last Christmas you get to exploit those kids and intentionally try to hurt their mother. Eddie has one foot out the door and once he rings in the New Year I suspect his other foot will follow.