LeAnn Rimes Promotes New Album by Saying “I Ask for Forgiveness on a Daily Basis!” 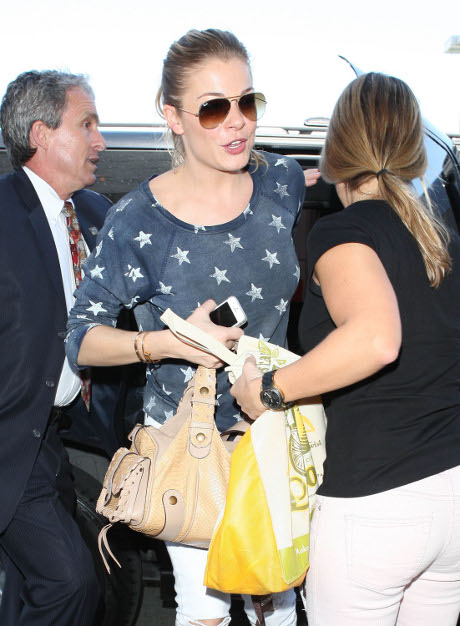 LeAnn Rimes is attempting to rehabilitate her tarnished image as a homewrecker for the umpteenth time. She finally has a new album, “Spitfire,” coming out June 4th and she’s included songs about her extramarital affair. She’s been losing the public relations battle to win the “hearts and minds “of her fans for years! No good has come from her affair with and subsequent marriage to Eddie Cibrian.

In a recent Entertainment Tonight interview promoting her new album, LeAnn admits to “asking for forgiveness on a daily basis.” I hope she’s asking God, because I’m pretty sure Brandi Glanville, Eddie’s ex-wife, will never forgive her! Since 2009, when Rimes began her affair with Eddie, her life has just been one disaster after another. She admitted to suffering from “anxiety and stress” and did a 30 day stint in rehab in 2012. She denied having an eating disorder, even while looking scary-skinny, and the rehab stint was allegedly fueled by fears that Eddie will cheat on her and leave her! Just like he did Brandi.

Rehab was also allegedly needed to cope with all the cyberbullying she’s suffered from as a result of her affair with Cibrian. There’s an old saying, “how you get ’em is how you lose ’em.” Or, to quote Dr. Phil, in his Texas twang, “If he’ll do it with ya, he’ll do it to ya!” Truer words have never been spoken! What’s really strange is that the affair with LeAnn doesn’t seem to have adversely affected Eddie like it has LeAnn. He looks better than ever! No issues for him!

I’m glad to hear that LeAnn is coming out with a new album and keeping herself busy and distracted from her battles—with herself, Brandi and her cyberbullies. I hope the songs detailing her affair and her side of the story are catchy. She could use a hit! Heartache and despair are staples of country music, but she’s no Loretta Lynn or Patsy Cline! Those ladies had class and they didn’t steal other people’s husbands!