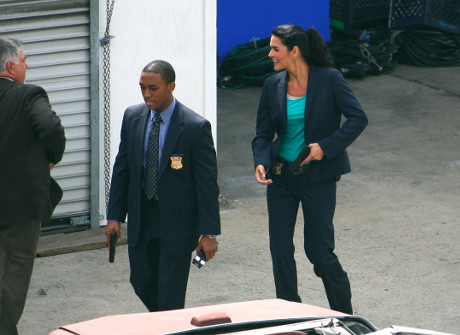 Lee Thompson Young, famous for playing the star in Disney Channel’s The Famous Jett Jackson and most recently support in Rizzoli & Isles, was found dead earlier today in what appears to be a suicide. Officials found a gunshot to the actor’s head, which appeared to be self-inflicted. Young was only 29 years old and, while the story’s still developing, we’ll be sure to clue you in on any other details that might surface.

TMZ exclusively reports: “Young currently appears in the TNT show “Rizzoli & Isles” — and we’re told when he didn’t show up to work this morning, staffers called the landlord of Young’s L.A. home to check up on the actor. We’re told … when the landlord opened the door, he discovered Young’s body.

Young was a rising star in Hollywood. After he made it big as a Disney star, he went on to play running back Chris Comer in the 2004 movie “Friday Night Lights.”

His family, friends, and reps have yet to make statements, but we’ll report back as soon as we know/hear more. Our thoughts go out to everyone who was part of this young actor’s life.

UPDATE: Young’s publicist released this statement to TMZ: “It is with great sadness that I announce that Lee Thompson Young tragically took his own life this morning … Lee was more than just a brilliant young actor, he was a wonderful and gentle soul who will be truly missed.”