Leighton Meester And Adam Brody Engaged and Getting Married? 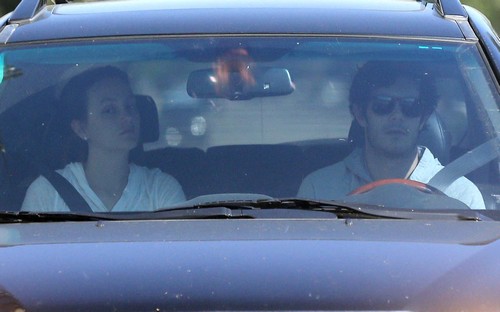 Look what we have here. Are Seth Cohen and Blair Waldorf heading to the alter? Leighton Meester and Adam Brody are best known for their TV show alter-egos, and their fan bases nearly exploded in joy when the two first started dating. And now, it’s being reported by MSN that Leighton and Adam have gotten engaged after several months of serious dating.

MSN’s source stated, “The low-key couple are said to be engaged after Adam popped the question this fall after more than a year of dating. Leighton and Adam celebrated the happy news with close friends and family at an engagement bash in Los Angeles on Nov. 10.”

So far, reps for Leighton and Adam haven’t commented on the rumored engagement, but this isn’t very surprising news. When Leighton and Adam first started dating, US Weekly confirmed the relationship and also added [through ‘sources’] that they former Gossip Girl and OC stars were crazy about each other.

Although the two first met while working on the indie The Oranges, they’ve managed to stay away from the spotlight and stayed largely undercover. Apart from the relationship confirmation and a few random appearances here and there, they haven’t made any public statements together nor appeared together for a major event. Generally, that’s considered a big no-no for budding actors, especially if they’re not that well known, but Adam and Leighton have always been very low-key people. Even though their fan bases are pretty crazy, they’ve largely stayed away from controversy, and their careers are pretty similar. Both started off on teen shows, and both were arguably the best parts of their respective shows. Of everyone from The O.C. and Gossip Girl, Leighton and Adam definitely have the best career prospects, and it certainly seems like a match made in heaven.