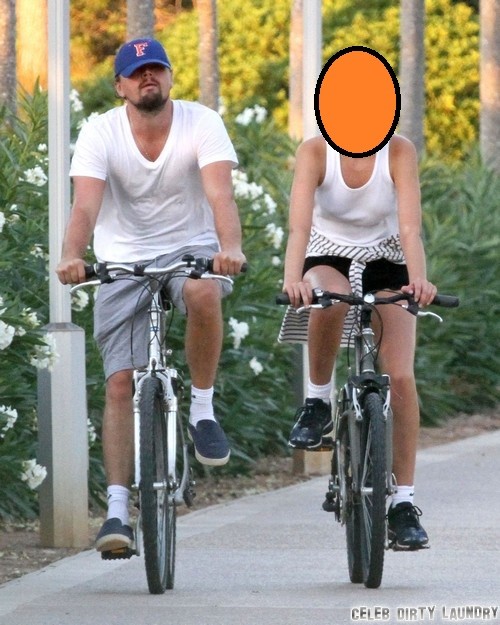 Johnny Depp can keep Amber Heard’s bubbly, bisexual, irrelevant ass. Leonardo DiCaprio, Mr. Model Smasher – was a surprise guest at a model celebration for Bebe at club Provocateur. Everyone there was super hungry, but they all were perfect size zeros. DiCaprio has a fetish for models. This is the same guy who ripped the hides of seven models during Cannes Film Festival.

“He didn’t chat up the girls at all . . . he sat with his boys and a mystery blonde, who looked a little like his most recent girlfriend, Toni Garrn” a witness said. Fat people rejoice, and use egg before dipping your fried food in flour. Diets are for deadbeats. Apparently even models get dissed. Just when everyone’s panties got soaked, and their claws came out, “Leo chose to sit at a table directly across from Nina’s table. He sat high on a banquette, to scope out the scene. He texted on his phone and smoked electric cigarettes.”

Blake Lively couldn’t even tame the wild full-blooded Angeleno. Bar Refaeli could not tame him either. The praise worthy , environmentalist, Leonardo Dicaprio, is unchained like Django. German model, Toni Garrn better never eat or quit her day job. Well, not eating, is her day job. Hopefully, the ‘mystery blonde’ was her.

Other than models, Leo is focused on an Academy Award. Can you believe he’s never won one? Leo was spotted chopping it up at Michael’s with his talent agent Rick Yorn and Martin Scorsese in “an intense discussion about a blockbuster project” according to PageSix.

Is Leo finally off the market? Or was he there just Hollywood politicking?