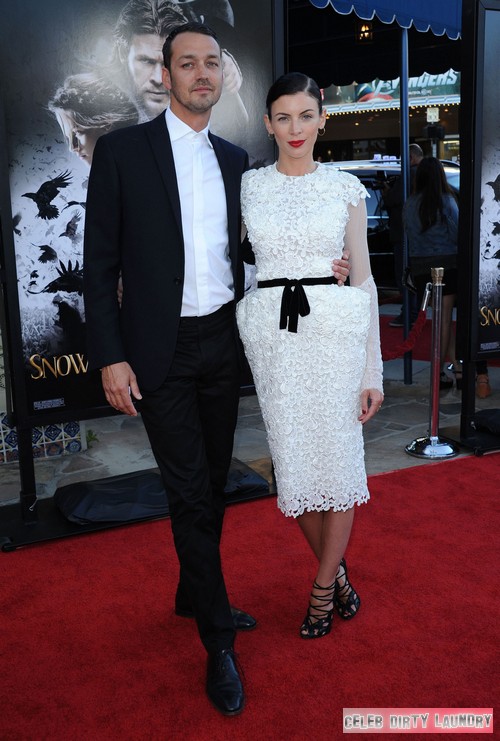 Liberty Ross has finally decided to file for divorce from her husband Rupert Sanders.  Rupert had a long and steamy affair with trampire Kristen Stewart which was outed by Us Weekly in late July 2012.  At the time neither Liberty nor Rupert had officially filed for divorce.

Throughout the scandal Liberty continued to be a class act – even as the scandal broke, she commented infrequently and cryptically. The closest she came to a slam was when an Instagram post of a cartoon image of Snow White crying and drinking included the caption “Not so pretty or so pure after all…” came from the account libertyross.

Today TMZ is reporting that Liberty has finally filed the paperwork in LA County Superior court and is asking for joint custody of their children, Skyla and Tennyson. “Ross, who is repped by disso-queen Laura Wasser, is also asking for spousal support, as well as attorney’s fees.  Sanders, who is repped by Lance Spiegel, also filed his response to the divorce petition.  He’s also requesting joint custody.  He is not asking for spousal support.  As for attorney’s fees, he wants to share the costs with Liberty.”

It is about time Liberty filed for divorce, he humiliated her and she should have kicked him to the curb when the photos came out.  I wonder if now that Rupert is free, and Kristen Stewart and Robert Pattinson are on the outs, will we see Rupert and Kristen hook back up again.  Kristen and Rupert deserve each other, just saying….

What do you think CDLers, should Liberty have kicked his sorry butt to the curb?  Hit the comments and voice your opinion!