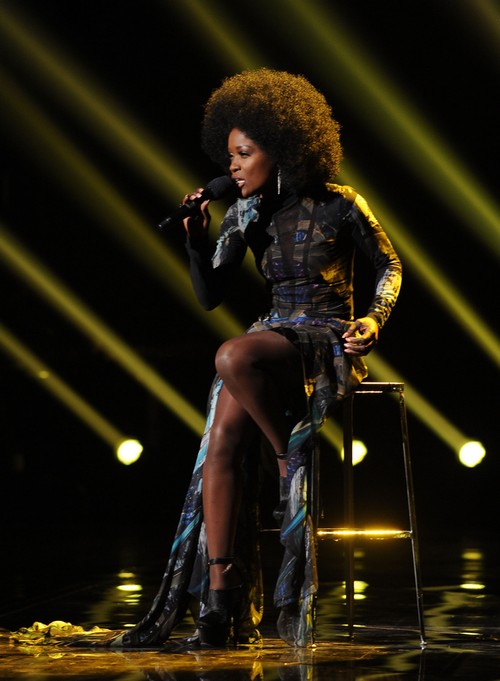 Lillie McCloud took the stage tonight on THE X FACTOR USA for her the live performance shows. Lillie sang “Ain’t Nobody” by Chaka Khan. Lillie is on Kelly Rowland’s Over 25s team and they decided to sing this song for her 1980s song choice. On tonight’s show the top 12 performed live in front of coaches Simon Cowell, Kelly Rowland, Demi Lovato and Paulina Rubio for America’s vote and to make it another week. Did you watch tonight’s performance show? We did and we recapped it here for you.

Judges comments:  Paulina said, “she just showed everyone how multi-talented she was.  She is a goddess.”  Demi said, “I don’t know why you did not take off in the 80s.  You shined.  It was a step up from last week.”  Simon said, “You are out of breath right?  You are a naughty little girl, you were making eye contact with me there.  I liked that you made an attempt to be current.”   Kelly said, “Lilly you worked so hard this week, it is okay to show people you had a wonderful time.”

Because of a computer glitch the artists were required to perform twice last week.  For Lillie’s “Save Me” song she sang “Who Wants To Live Forever” and Kelly said,“that’s what she is supposed to do; she just completely killed that song.”  If you want to see Lillie McCloud make it another week, you have to vote for her.