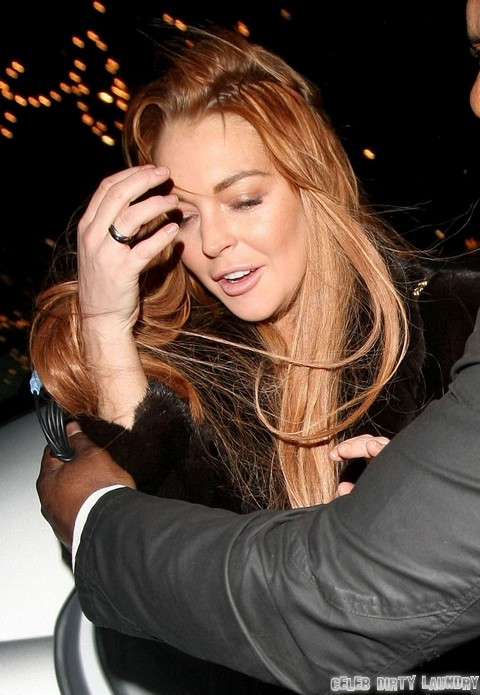 As many people know, Adderall is used to treat ADHD and a prescription must be given in order to get the medication. However, recent reports and surveys have discovered that adderall is one of the most over-prescribed drugs in the pharmaceutical business, largely because ADHD is very often misdiagnosed. For anyone who’s been to college in the US, you’ll know how easy it is to acquire adderall – and often, for the low, low price of $10. Now, many people abuse adderall for different reasons: some take it because they need it to pull an all-nighter, some take it because they want to stay awake longer, and some take it as a weight-loss pill. Our favorite crackwhore, Lindsay Lohan, takes it as a weight-loss pill and for the wakeful speedy effects as well.

However, now that she’s been taken off adderall by doctors at Betty Ford, Lindsay’s reportedly been gaining weight. According to the Enquirer, a source close to Lilo explains that, “Lindsay has been extremely emotional this past week and is finding comfort in food. Lindsay can’t stop eating, and has gained five pounds because she has such poor eating habits. She has been exercising, but she just doesn’t have a lot of energy because she is no longer taking Adderall, which is a psychostimulant medication that contains amphetamine.”

The source also adds that Lindsay’s been talking to a nutritionist about eating healthier. In all honesty, Lindsay needs to learn some discipline, and it looks like going to rehab at Betty Ford might actually teach her some. I don’t know how much of it will last after she gets out, but at least she’s taking baby steps towards getting better. I have my doubts about whether it will go further than baby steps – no doubt, she’s already figuring out how to pay off somebody to sneak her some adderall while no one’s looking.