Lindsay Lohan & Ben Affleck Had Secret Meeting While She Was In Rehab! 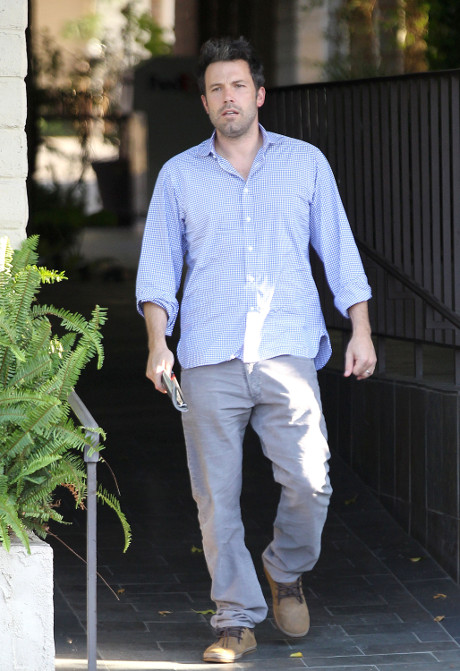 Apparently Ben Affleck met secretly with Lindsay Lohan while she was doing time in rehab — and he allegedly gave her some advice on how to stay sober in Hollywood and how to make a comeback! Doesn’t this guy have some baby formula to mix, and diapers to buy? Ben’s wife, Jennifer Garner, is expecting again but he’s still finding time to “save” the younger generations of Hollywood.

Sources told TMZ: Affleck — who himself was in rehab back in 2001 — met Lindsay somewhere away from the Cliffside rehab facility in Malibu where Lindsay was getting treatment.  We’re told Ben gave her guidance on how to maintain sobriety after rehab for someone in Hollywood. We’re told Ben talked to Lindsay about how to make a comeback in Hollywood — a subject on which he’s an expert.  Ben talked to Lindsay about her career — on how talented she is and how she has the ability to turn things around.

Whatever! Now, we aren’t saying Ben Affleck just wanted a quickie from Lindsay. We definitely aren’t suggesting Ben Affleck brought her a goody bag filled with wine and nose candy. We are just saying that Lindsay Lohan is a fun girl, who’s down to have a good time. Plus, the first thing an addict wants after getting out of ‘the joint’ is a hit.

Do you think Lindsay will remain sober? What do you think about this Ben Affleck/Lindsay Lohan meeting? Let us know in the comments section below!