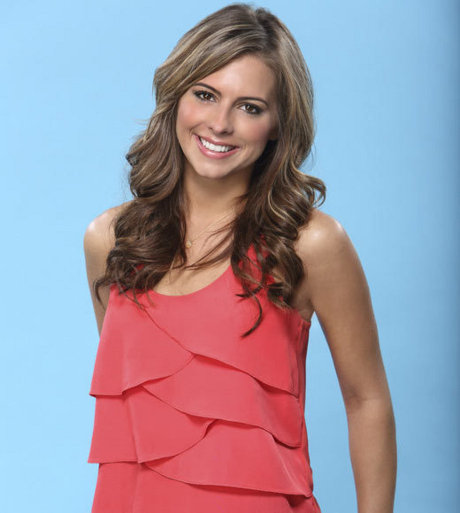 The Bachelor runner up Lindsay Yenter might have something to worry about on the horizon, and it involves some nude photos. One thing’s absolutely for certain in this Celeb World of ours: If you snap yourself nude don’t expect those glamour shots to stay hidden in the shadows for long. As soon as your face hits a tabloid, as soon as your face sticks on the internet news sites, people are going to start shopping you in all your nekkid glory.

Earlier this week, Nik Richie, TheDirty.com owner, received an e-mail from a mystery man who went by the name of Danny Smith — probably an alias of some sort. The e-mail stated that he, who claimed to date Lindsay before she made it onto the show, had enough nude photos of his ex to start a scandal.

“I used to see Lindsay Yenter who is a finalist for The Bachelor and is the front runner for the next show The Bachelorette on ABC. I will get to the point, I have a bunch of pictures of her naked that would drive a ton of traffic to your site. If you are interested let me know and we can talk details on this.”

Apparently the supplier of the nude pics got cold feet because after Richie responded to his e-mail he hasn’t received anything legit to bring attention to the potential Bachelorette. Apparently, Lindsay used to be in a long distance relationship with a guy named Jonathon, and people sounded off in the comments of the site revealing his identity. Lindsay as allegedly begged him not to release them since then.

Richie replied with the following: Danny, what do I have to do for a call back?? I’m guessing I was out bid? Bro, I’m part of The Bachelor family. Well, Lindsay Yenter you are on the clock… time to do some damage control. Dear Sean Lowe, looks like you have a winner in this one.- nik

Hmm, maybe Lindsay’s in the clear. If they don’t surface, you should feel amazing, Lindsay! Not all celebs are so lucky. Wonder what Sean Lowe thinks about all this?