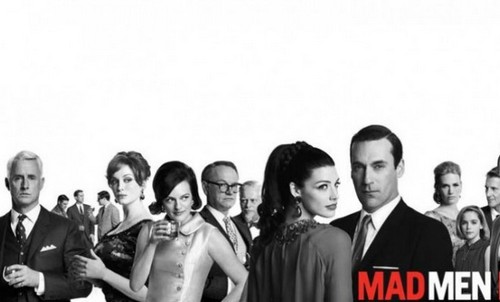 MAD MEN continued tonight with another fantastic episode, I cannot wait until next week.  Next week’s episode is called, “Man with a Plan,” and we have managed to get our hands on some juicy spoilers and a sneak peek video of next week’s episode.

On tonight’s episode Pete Campbell tries to get his wife Trudy back but she is not having it.  Trudy no longer wants to pretend that Pete is a faithful husband.  The firm loses the Jaguar account and Joan is not pleased.  After all she had to sleep with Herb for the good of the firm and now it was for nothing.  Joan lets Don know how she feels.  Pete is furious at Don for losing the Jaguar account and ruining their chance at the company going public. Ted kisses Peggy and it’s all she can think of when she goes home to Abe.  Ted and Don team up to get the Chevrolet account.

Spoiler alert: If you’re one of those people who doesn’t like spoilers, stop reading now! We have some juicy spoilers for you about the season 6 episode 7 AMC’s “Mad Men.”

Mad Men Season 6, Episode 7 “Man with a Plan” airs on AMC on May 12th, 2013. Check out the preview video from episode 7 HERE let us know in the comments below what you think of Mad Men season 6, so far?