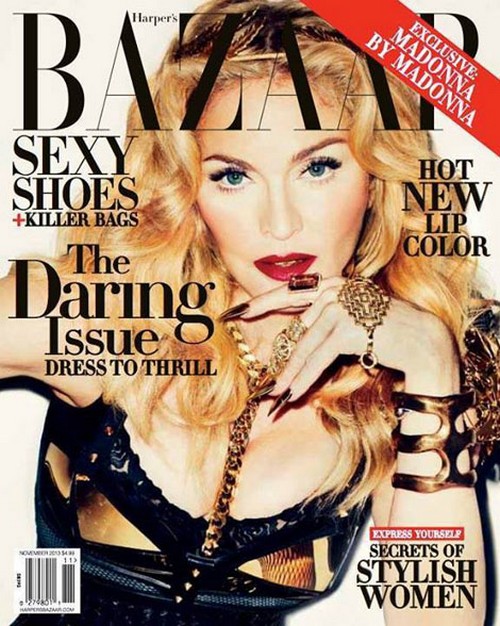 Before the shocking and erratic behavior of the likes of pop stars like Miley Cyrus, Lady Gaga, or Nicki Minja there was Madonna who has made a three decade long career of shock and awe. Never one to be out done she has once again brought the attention back on herself my confessing her darkest and most painful secret in a recent interview with Harper’s Bazaar. She revealed in detail the brutal rape she endured when she first moved to New York from Rochester, Michigan.

“New York wasn’t everything I thought it would be. It did not welcome me with open arms. The first year, I was held up at gunpoint. Raped on the roof of a building I was dragged up to with a knife in my back, and had my apartment broken into three times. I don’t know why; I had nothing of value after they took my radio the first time.”

Young and naïve Madonna had no idea what the big city of dreams had in store for her, but at first it was more nightmare than dream. She credits her determination to not just survive but thrive for getting her where she is today – a living legend – saying, “If you aren’t willing to fight for what you believe in, then don’t even enter the ring.”

Whether you love her, hate her, or just don’t care, one thing is for certain, Madonna the woman and the brand has shown resiliency and the ability to survive. And maybe what seems like a bitchy “I am better than you” attitude is really just a wall she built up after that dark night on the roof top. Maybe.