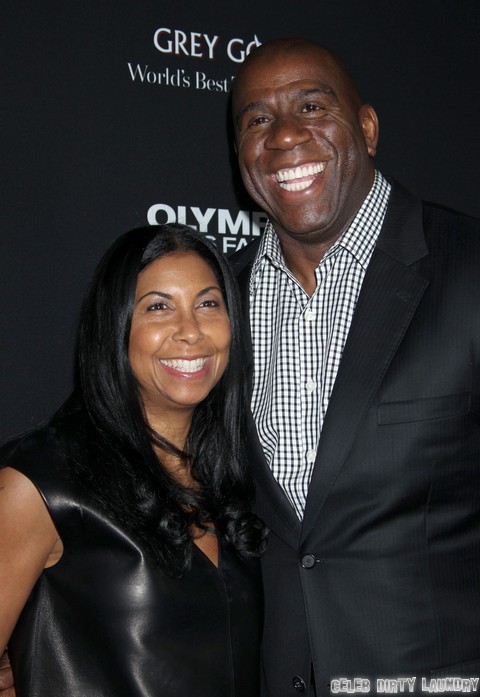 Not too long ago, Magic Johnson’s 20 year old son, E.J. Johnson decided it was time to let the world know that he is gay. His parents had known for years and E.J. Simply didn’t want to feel like he was stuck living a lie and Magic wholeheartedly supported his son’s brave step. What he isn’t supporting is the underage boys’ recent partying around NYC and L.A.

According to the April 22nd print edition of National Enquirer, E.J. Has posted things on Twitter about scoring free drinks at gay bars and he has also been spotted out in public, hand-in-hand with his boyfriend, not exactly sober. Magic was diagnosed with HIV over 20 years ago and has always maintained that he got the disease from unprotected sex. He now is terrified that his hard-partying young son could easily suffer the same fate.

Magic believes that in coming out of the closet it is now E.J.’s responsibility as a celeb’s kid to set a positive example and to be a good role model for other teens that are having a harder time coming to terms with who they really are. Instead he has watched his boy blatantly brag about his under aged drinking and he fears that on one of those drunken nights E.J. Could choose to hook up with the wrong person and then his whole future could be hanging in the balance.

Do you agree that E.J. Should now be leading by example, or should he have the freedom to simply be a college kid and to do what every other college kid is inclined to do? I’m sure we can all understand why Magic would be so concerned – few know better than him the perils of hard partying and random hook ups! Do you think E.J. Will make decent choices and find his way through without serious problems? Tell us your thoughts in the comments below!