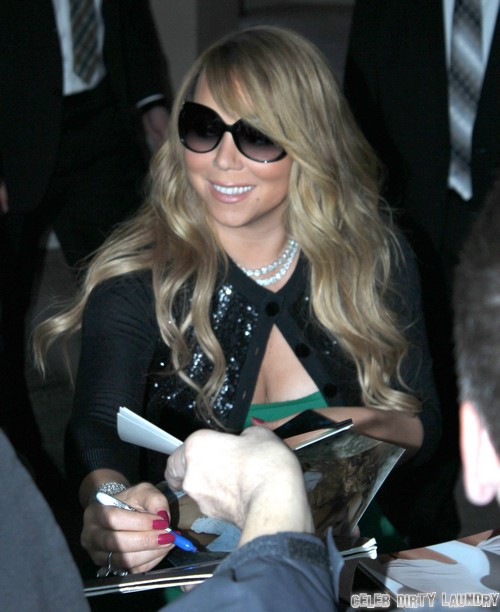 Is Nick Cannon worried about Mariah Carey’s ‘late night rendezvous’ with Arsenio Hall? According to a report from the National Enquirer, he might have reason to be.

Mariah has reportedly been helping Arsenio, who has been a friend for many years, in launching his late night talk show this fall. A source explains that Nick is not very happy with the amount of time they’ve been spending together, adding, “Nick genuinely likes Ar­senio, but he’s intimidated by his close friendship with Mariah. They’ve been locked away planning every aspect of the first week of his show.” The source also adds, “Nick knows there’s nothing untoward going on, but he’s beginning to wonder where his own career is headed. Although he’s a big hit on ‘AGT,’ Nick feels he’s playing second fiddle to Howard Stern and the other judges. He’s dying to star on his own show like Arsenio, yet no one takes him seriously. Even Mariah is hesitant to help him because she’s sensitive about mixing business with their marriage and doesn’t want to take the chance that he’ll blame her if he fails.”

Well, while I agree that mixing business with marriage might not be the best idea, I think Mariah should at least help if that’s what Nick really wants. However, the rumors about Mariah and Arsenio seem sketchy at best. Can you guys see Mariah cheating on Nick Cannon with Arsenio Hall? There’s always plenty of rumors about Mariah Carey and Nick Cannon’s relationship, but they’ve always been about Nick cheating rather than the other way around. I feel snarky saying it, but who else would put up with how high maintenance Mariah is?