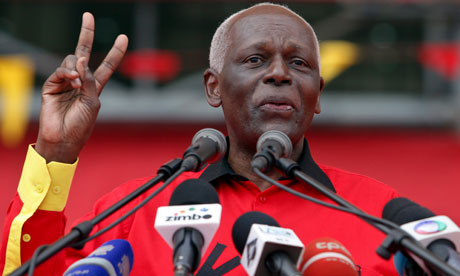 Mariah Carey is once again caught up with a brutal murderous corrupt dictator showing what a selfish ignorant person she really is, worthy only of our contempt. This time she got called out for accepting over a million dollar fee just to perform for Angolan dictator Josè Eduardo dos Santos and his family this past Sunday. And who wants to shame face our favorite money grubbing diva? Why its the Human Rights Foundation of course that’s leading the way. Although they were willing to forgive her for pulling the same stunt with Moammar Khadafy back in 2008; they’re simply not as understanding with her as they used to be.

“Mariah Carey can’t seem to get enough dictator cash,” said Human Rights Foundation president Thor Halvorssen in a statement. “Just five years ago she performed for the family of Libyan dictator Moammar Khadafy. Now, she goes from private performances to public displays of support and credibility for one of Africa’s chief human rights violators and most corrupt tyrants.” (Page Six)

It does sound bad when they put it like that. The man in question, who everyone but Mariah seems to hate, has been president since 1979. You only get to president that long when you go about it illegally. There have been many protests against him and yet him and his family have stayed in power and have somehow amassed a massive personal fortune. The very same stolen fortune they used to both hire the likes of Mariah and suppress their people. And no I’m not building up any hype. The exploitation of “oil and diamond wealth to build total control over all branches of the government, the military, and the courts” does equal oppression. Also the going rate of a living wage in Angola happens to be $2 a day but never mind these sad cases. Isn’t nice that Mariah got extra shoe money this month!

She even made friends on her treacherous trip. “I am happy to be here in this room and I am honored to share this show with the President of Angola”. This is far different story then when she got caught with Khadafy. At that time she claimed she never knew who booked her until after the fact. Either she’s going to use that excuse again and look stupid or she’s going to claim she did this whole thing for charity.

At the end of the day only one thing remains a constant – Mariah Carey just can’t turn down a hefty paycheck even when its a ruthless dictator footing the bill! 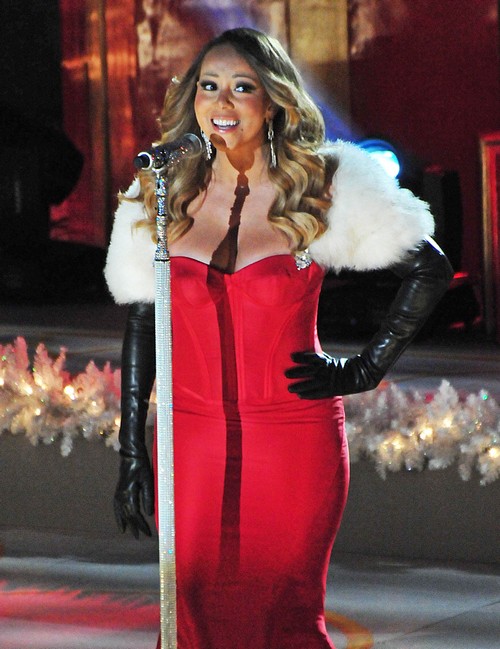