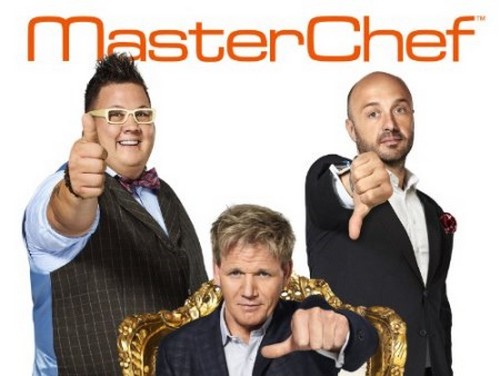 Another MasterChef season is upon us and tonight it is the second episode of season number 4 on Fox. British chef Gordon Ramsay who currently holds an amazing 14 Michelin stars, along with Chicago, Illinois based chef Graham Elliot and restaurateur and vineyard owner Joe Bastianich are all back to give some hopeful untrained cooks the chance to earn a coveted white apron, a cookbook deal and a whopping $250,000.00 cash prize.

MasterChef Season 3 winner Christine Ha released her winning cookbook, Recipes From My Home Kitchen. Christine says that a “must try” in her cookbook are her mama’s eggrolls and she brags that her cookbook is a non-fussy one that cooks with any skill would enjoy. What is Christine’s advice for the season four contestants? “Be yourself, and cook what you love. It will show.”

Last week, the auditions aired in two parts and one of the strangest moments ever on MasterChef was when Chef Gordon Ramsay tasted one contestants’ macaroni and cheese with a secret ingredient “breast milk”. A lot of white aprons were handed out last week, but a lot of hopefuls were also sent home. Did you see the episode? If you missed any of it, you can read our full and detailed recap HERE.

Tonight the auditions end and the top 19 are chosen and have to show the judges their best culinary talents if they are going to make it any further in this competition.  The show just may get in trouble with PETA tonight after they roll live sheep up for the first challenge.  They do not use the sheep for cooking but the sheep have to watch them cooking sheep, yuck……

Official Synopsis: The top 19 contestants are revealed after the final round of auditions. Later, the contestants participate in their first mystery-box challenge and face the initial elimination round.

Don’t forget to join us for our live recap tonight at 8:00pm when MasterChef Season Four episode 2 airs on Fox. In the meantime, check out the preview video below.