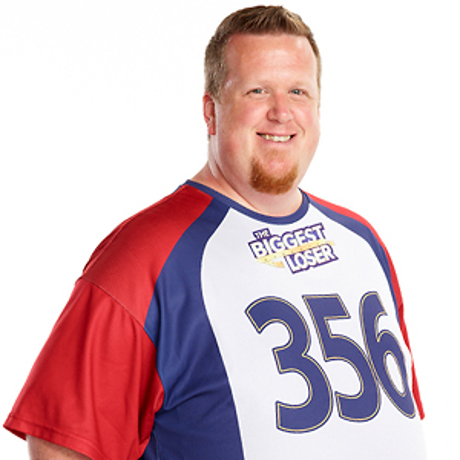 Meet Matt Hooper, a 38-year-old retail manager from Georgetown, Masschusetts. Matt has a very unique reason for being on the show, which is to surprise and impress his wife before their wedding. Matt was initially scheduled to marry his wife in July, but postponed it to come on the show and lose weight.

He explains, “I realized that my gift to my future wife was giving her the worst physical version of myself. Anyone can relate to wanting to be the absolute best for the love of their life on their wedding day. She deserves that, and I want to spend as many years as I can with her.”

According to his official synopsis, “Raised in Peabody, Massachusetts, he grew up with two older brothers and one half-sister. Matt received his associate’s and bachelor’s degrees in marketing from Johnson and Wales University, and he started to gain significant weight a few years after college.”

He attributes his weight gain to a demanding job, a rough schedule, and poor diet, which has now led to his weight crossing 356 pounds – which also comes with its own health concerns, such as high cholestrol and high blood pressure. When asked about his motivation, Matt simply says, “I postponed my wedding to be here, so I owe it to my fiancee, friends and family to give it everything I’ve got.”

Awww. His fiance is lucky that she has a partner who cares enough to put in that extra time and effort to make himself better for her. Will you guys be rooting for Matt? Let us know in the comments. For more Biggest Loser news, CLICK HERE.