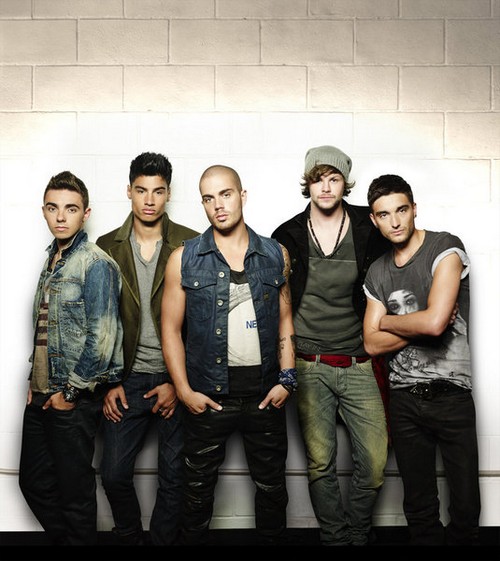 The Wanted Life is the newest docuseries to hit E! and it will feature the lives of Max George, Siva Kaneswaran, Jay McGuinness, Tom Parker, and Nathan Sykes — all members of the super British boy band The Wanted. The amount of fans they have is ridiculous and it seems only logical that, as they get serious about navigating US territory (specifically Hollywood), that they’d be featured in a new reality-based TV show.

Before we start meeting these dudes, here’s a bit more about the show, courtesy of E!:

In the new series, viewers will see Max, Nathan and Jay attempt to juggle the limelight and being single, while Siva and Tom try to keep up with the boys while not neglecting their long term girlfriends, putting  the house in which they all share in a constant state of tension.  And whether it’s meeting the First Lady of the United States Michelle Obama and performing at The White House,  shooting a music video for their latest hit “Walks Like Rihanna,” or living through the prospect of losing Nathan from the group when he needs emergency throat surgery, The Wanted prove that the power of five is unbreakable.

Now to meet Max George, oftentimes considered the leader of the group and all-around ladies’ man:

At 24, Max George is the ladies’ man of the group and holds nothing back.  He nearly signed a deal to play football with Preston North End in Manchester before joining the group.  Following a very public break-up with his ex-fiancée, Max is playing the field… and loving it.

Stay tuned for more bios of the cast!