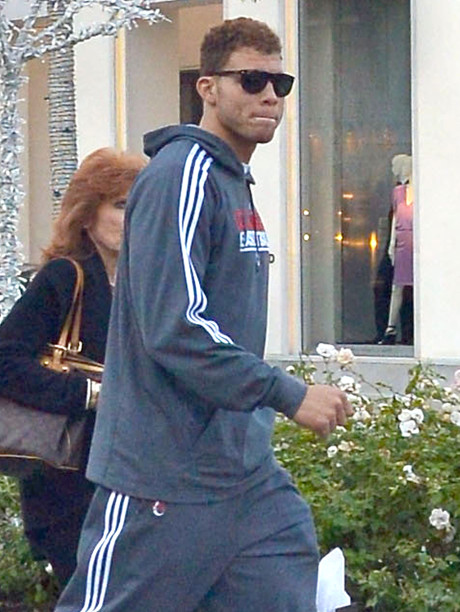 Former USC basketball star Brynn Cameron likes having babies with professional athletes! A while back she had a baby with NFL quarterback Matt Leinart, and now we can report that she’s had a baby with Clippers all star Blake Griffin! The child she had with Matt is now 6 years old and she currently receives approximately $15,000 a month in child support. Yikes. That’s a lot.

TMZ reports: Brynn and Blake are now the proud parents of Ford Wilson Cameron-Griffin, who was born August 1st.  The birth certificate lists Brynn as the mother and Blake Austin Griffin as the daddy.  As for the child she had with her baby daddy Matt, 6-year-old Cole lives primarily with her and we’re told she’s getting a boatload of child support — we know she was getting $15k a month.

And guess what . . . . Brynn and Griffin have supposedly broken up already. What do you think about this story? Which star athlete do you think she’ll want to have a child with next?