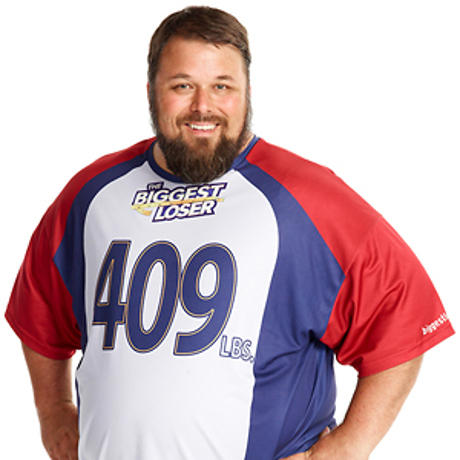 Meet David Brown, a 43-year-old project manager for a construction company in Yukon, Oklahoma. David’s life story is especially tragic, and the reasons for his weight gain are understandable.

According to his official bio, “At age 22, while earning a communications degree at Oklahoma City University, David got married. Just six months after the wedding, his new wife had a seizure and was diagnosed with a brain tumor. While the cancer was in remission, she became pregnant, but lost the baby in the third trimester. She went on to have two daughters, but her cancer ultimately returned as stage 4 brain cancer and she passed away nine years after they were married, leaving David with their two young daughters, then four and six years old.”

Now, years later, David is married to his second wife and has another daughter, but is 200 pounds heavier. David deals with various health issues, including, “Sleep apnea, high blood pressure, hypertension, high cholesterol and type 2 diabetes.”

David reveals that he made a heartbreaking promise to his first wife that he would be there for their children, and he intends to keep that promise. As his bio states, he wants ‘to prove that he is stronger than his story’.

Well, I don’t envision another contestant having such an emotionally moving back story, and it’s sure to win him some points with sponsors and judges – but none of that will matter if he can’t back up his words with the weight loss.

Will you guys be rooting for David, or do you have another favorite? Let us know your thoughts in the comments. More Biggest Loser news, click here.