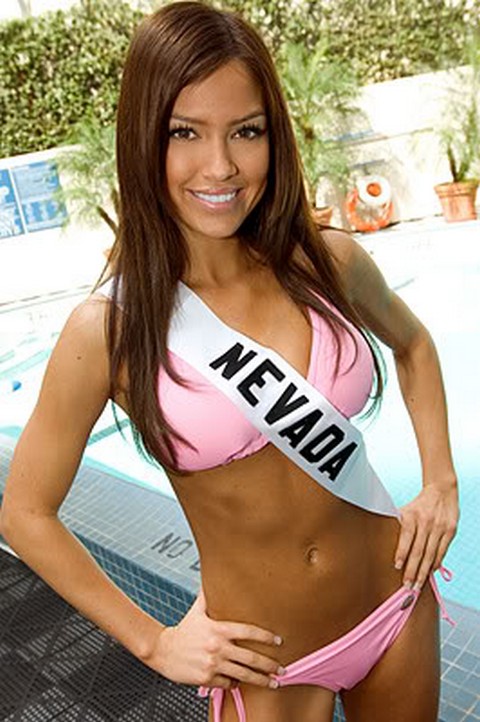 Oh boy. My guess is that things just got a whole more uncomfortable between Adrienne Maloof and Paul Nassif.  The couple split last year and what began as an ugly divorce turned civil pretty quickly. Perhaps that’s because 50-year old Paul was hiding away his 27-year old girlfriend.  Apparently Paul has been passing off Helen Marie Salas as the new nanny carrying for his sons when he has visitation!

According to Life & Style Magazine, little did Adrienne know that Helen is actually a former Miss Nevada that has likely been banging Paul since before he even bothered to leave his wife! According to a source close to Adrienne,

“While they were still together, Paul would go to Vegas and go off the radar, not answering phone call. Adrienne would hear from friends that he was partying with a girl, but she couldn’t believe he would do that, even though she knew things weren’t going well in their relationship.”

Betcha Adrienne is singing a different tune now! I wonder how Adrienne will publicly lash out at Paul for this obvious slap in the face. I’m sure she already, instantly knew in her gut that something was going on with the supposed nanny!  Do you think Adrienne will use this to try and change the terms of the divorce agreement that they already have in place? I mean splitting is one thing but for her to realize that a much younger woman likely played a part in the mess will no doubt push all of Adrienne’s buttons!  Will these two be headed back to court? Mind you, Adrienne is banging Rod Stewart’s son, Sean Stewart so what can she really say. Are you at all surprised that Paul pretty obviously has had a side dish for a while? Tell us your thoughts in the comments below