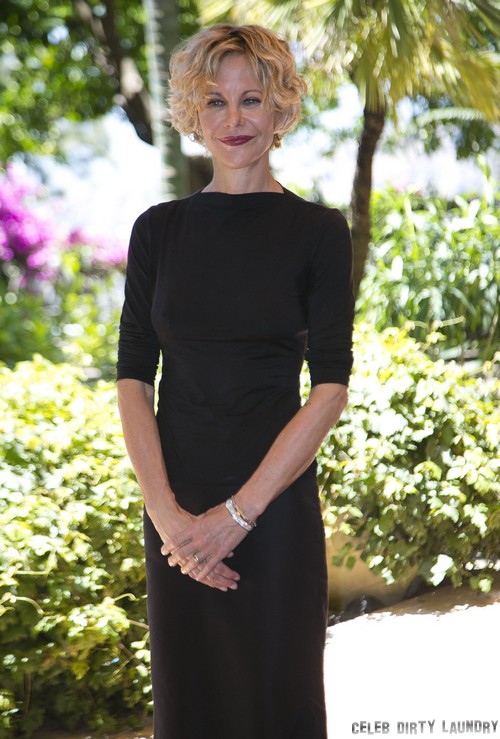 Meg Ryan is unrecognizable thanks to excessive plastic surgery! If you’re of a certain age then you’ll remember Meg Ryan as being queen of the chick flicks. She had a couple hits out a year and girlfriend could do no wrong it seemed. Somewhere after that mess of a hook up with Russell Crowe her star seemed to fall a bit and the hit movies stopped coming. Maybe she decided to work a bit less, who knows. She did adopt a daughter named Daisy who is now eight and perhaps Meg decided to hang at home more.

One thing we do know about 51-year old Meg these days is that her love of cosmetic procedures has all but ruined the good looks that she had been blessed with. According to the July 8th print edition of GLOBE she has way too much fat injected into her lips and her forehead is a super smooth botox miracle. A source also claims the actress has had an eyebrow lift and perhaps a nose job as well. In other words Meg has spent years working on herself and the end result is exactly the opposite of what she was going for. 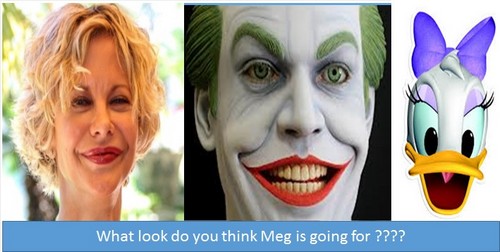 Rather than a bit of work here or there to erase some lines or refresh herself Meg now looks like a mish mash of several procedures gone wrong. It’s total overkill and I have to wonder if she even realizes it! I also wonder if her boyfriend of two years, John Cougar Mellancamp likes his frozen-faced girlfriend’s look. She did look decidedly different when they first hooked up.

Why do you think actresses like Meg end up going to far with the procedures?  Don’t they have a mirror that shows them the truth? Or does corrected one slightly botched procedure lead to correcting something else and it’s all downhill from there? Tell us your thoughts in the comments below!

Meg Ryan having a press conference during the 2013 Taormina Film Festival in Taromina, Italy on June 20, 2013