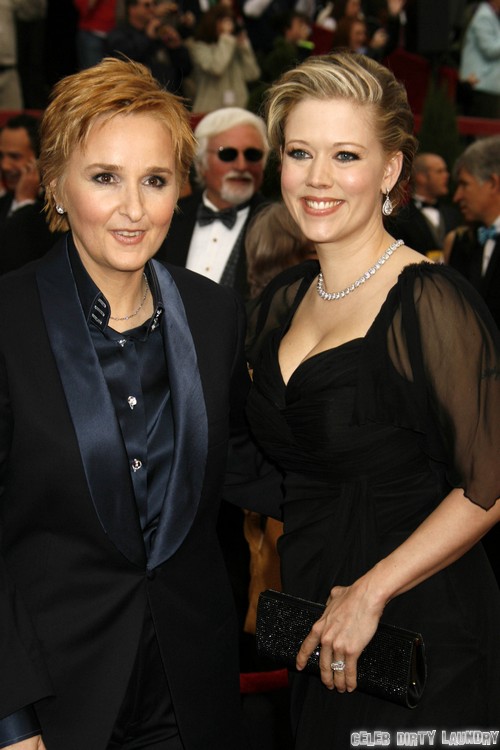 Melissa Etheridge’s ex-girlfriend, Tammy Lynn Michaels, is not happy with Melissa’s lifestyle and their children’s exposure to it. According to a new report from TMZ, Tammy went to court today to ‘request an emergency hearing regarding the care of their 6-year-old twins.’

Apparently, Melissa was set to take the twins on tour with her this month, but Tammy was worried about their exposure to ‘topless groupies’ and ‘weed’ while on the tour – two things that are definitely inappropriate for 6-year-old children to be exposed to.

Apparently, Tammy is worried about the fact that, “many female fans remove their shirts and bras and throw them on stage.” She also adds in the documents that, “there is use of marijuana on the tour bus and in the dressing rooms.”

The report also includes facts about how the twins haven’t been vaccinated against measles, chicken pox, and mumps, just to name a few. However, records show that Melissa and Tammy both agreed that the children wouldn’t get vaccinations and Tammy only changed her mind after they broke up. Obviously, that’s not going to hold in the court of law.

Either way, the emergency hearing that Tammy has requested has been denied, but a proper court date has been set for August. Considering that the tour is scheduled for next month, it might be cutting it short, but at least she’ll get to say her two cents before it happens.

To be completely honest, I’m on Tammy’s side here. While I’d ideally like to remain impartial, I don’t understand how it’s appropriate to take two 6-year-old children on a tour where there will be topless groupies and drugs everywhere. Regardless of how ‘protected’ they will be, there’s no way they will be protected against everything. What do you guys think? Let us know in the comments.