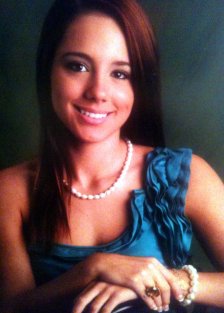 The young queen has lost her crown before she could even reign. Hopefully, Miss Delaware will find a nice soft place to land and preferably not the bed that has become the reason she has abdicated her power to smile on command.

A rep for the organization released a statement to make it all official, lest there be an uprising to force the beauty queen from her perch.

“I would like to confirm the Miss Delaware Teen USA pageant has received a resignation letter from Miss King’s attorney.“

The pageant has already reached out to first runner-up Hailey Lawler in order to replace King, but the dethroned teen shouldn’t hang her head in shame just yet. Beauty pageants may be an antiquated practice, but sex tapes seem to be the new currency in which to launch one’s career. It’s not as ideal as letting men ogle you in a bikini so you can strut around in a sash and tiara, but if Kim Kardashian can build an empire from a homemade flick, join the modern world and put a price tag on your infamy.