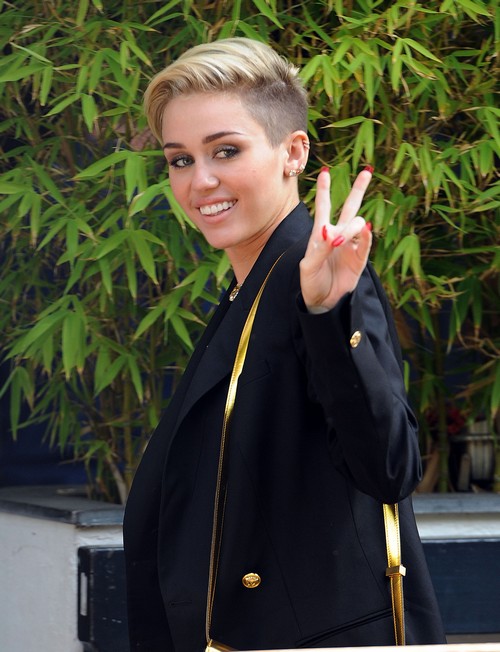 Miley Cyrus is losing it, and I’m putting that lightly. The 20 year old actress/singer/former Disney Star is not holding back, and that regards twerking, stripping, and swearing.

Miley just tweeted, “Just called this paparazzi a C*NT. So before he makes breaking ‘news’ out if it. Ill just say it. Ha-Ha #C*NT.”

I think it’s smart that she tweeted this before the paparazzi sold the video under the guise of ‘breaking news’, but the fact that she’s treating it as a joke is horrible. Yes, there are people who use it and there are others who may not necessarily consider it an insult, but c*nt is one of the most derogatory insults you can to say to a person, especially a women. Miley may have said it to a paparazzi out of anger, but she shouldn’t have laughed about it to Twitter – ESPECIALLY considering how many young fans she has that follow her.

Now, they’ll all think it’s ok to say, and it sets a horrible example. I mean, I know it’s not like Miley’s been acting normal lately, but I think she’s completely lost it. I think she just doesn’t care anymore, and as she says, she’s severely ‘messed up’. Either that, or she’s just become the biggest famewhore around, after years and years of trying to play the game.