Americans Want Miley Cyrus in Space, a Christmas with Will Smith’s Family, and Adam Levine to Sex-Up Fifty Shades of Grey Film 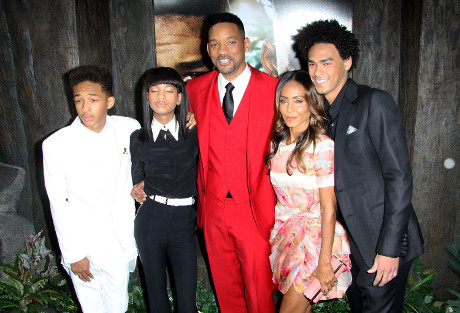 The latest iHeart Radio Surveys revealed some rather interesting data, some of which is quite surprising (or not so surprising). It turns out that Americans would most like to spend a holiday with Will Smith‘s family (chosen above the Obamas) and would do everything in their power to avoid a holiday with Kanye West and the Kardashians (for good reasons). The polls also revealed that Americans’ sexual fantasies would be fulfilled if the role of Christian Grey went to either Adam Levine or Justin Timberlake (results were a tie). Sorry, but our Fifty Shades fella has already been cast, so no more fantasy casting, please.

These polls are quite fun, and you should definitely check out the results in detail. The polls, including WHICH CELEB SHOULD BE SENT TO SPACE and WHICH CELEB SHOULD GET THEIR OWN REALITY SHOW, appear below. Which results to do you think are the most accurate and the most absurd? Leave us your thoughts in the comments section below.

Jamie Dornan was tapped to star as Christian Grey in the Fifty Shades of Grey movie. If you were casting the film, which musician would you have picked instead?

Sony Pictures is planning a new reality show that trains ten celebrities and sends the winner into space. What celebrity do you think would benefit most from being launched into space?

The holiday season is kicking off and that means spending time with the family. Which celebrity family would you want to join your dinner table?

Which celebrity should have his or her own reality show?