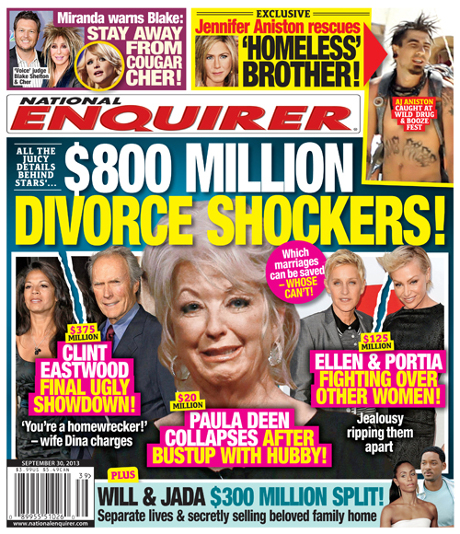 Apparently, Miranda Lambert is warning Blake Shelton to stay away from Cher, according to the most recent addition of National Enquirer. The magazine claims that Miranda is getting all hot and bothered over the fact that Cher will be mentoring contestants on the upcoming season of The Voice, and she’s fearful that the super legendary songstress will want to get up close and personal with her man. According to the magazine, Lambert has told Shelton to “stay away from Cher! That woman’s a cougar!”

Another source for the magazine claims that “Miranda knows Cher’s a man-eater who likes strapping men in their thirties. [She] has a history of bedding hot entertainers many years her junior.”

So what do you think about Lambert allegedly telling her man to stay away from this — in the words of the magazine’s source — “femme fatale?” Honestly, don’t you think Cher, if she was on the hunt for a young boy toy, would go for Adam Levine over that country star? But, hey, Blake Shelton is reportedly a player, so maybe Cher does see something and maybe Lambert does have something to worry about. What do you think? Does Lambert have a reason to worry? Or is this story just a bunch of bologne? [We’re inclined to believe the latter.]

Let us know in the comments section below!