Mistresses: Get to Know Them — Sneak Peek Preview of Premiere Episode! 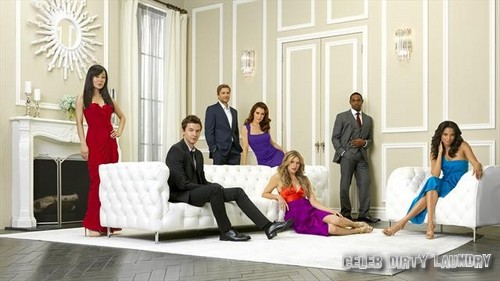 Tonight marks the premiere of Mistresses, ABC’s scandalous new drama about a group of female friends whose love lives are anything but ordinary. These friends will explore the power of weaving close relationships all while battling the inevitable occurrences of lustful secrets and betrayals. Yikes. I think we better all prepare ourselves for another Desperate Housewives — I’m sure the network’s hoping they can conjure a similar phenomenon.

The series is based off the UK drama of the same name and stars Alyssa Milano as Savannah (“Savi”) Davis, Yunjin Kim as Karen Kim, Rochelle Aytes as April Malloy, Jes Macallan as Josslyn Carver, Brett Tucker as Harry Davis, Jason George as Dominic Taylor, and Erik Stocklin as Sam Grey.

To get you pumped up for the premiere of the show, below is a sneak peek of the episode — courtesy of ABC — that will be airing tonight at 10 PM EST!

In the premiere, “Pilot,” Savannah (“Savi”) is a successful career woman working toward the next phase in her life — both professionally and personally — bucking for partner at the law firm where she works while also trying to start a family with her husband, Harry. But when their fertility issues begin to take center stage, Savi finds herself attracted to her flirtatious colleague, Dominic. Savi’s free-spirited and capricious baby sister, Josslyn, couldn’t be more different, living single, serial dating and partying. A real estate agent, Josslyn has no interest in a committed, long-term relationship.

Their common best friend, April, is a recent widow and mother of a ten-year-old daughter. After she receives her late husband’s lucrative life insurance check, she begins getting prank phone calls and tells her closest girlfriends that she’s convinced her husband is still alive. Another long-time friend, Karen, is a therapist with her own thriving practice, reconnecting with the girls after her involvement in a complicated relationship with a wealthy, married patient goes too far: She was having an affair with a terminally ill client to whom she had prescribed morphine.

These four friends find support and guidance with each other as they brave their turbulent journeys and life’s storms of excitement, secrecy and betrayal, all the while bound by the complex relationships they’ve created.

Doesn’t this sound enticing? I’m not sure how well the show’s supposed to do or will do, but it has a nice lineup of actors and actresses and it looks to be a good time . . . . So I hope people give it a shot! What about you? Will you be watching this show?