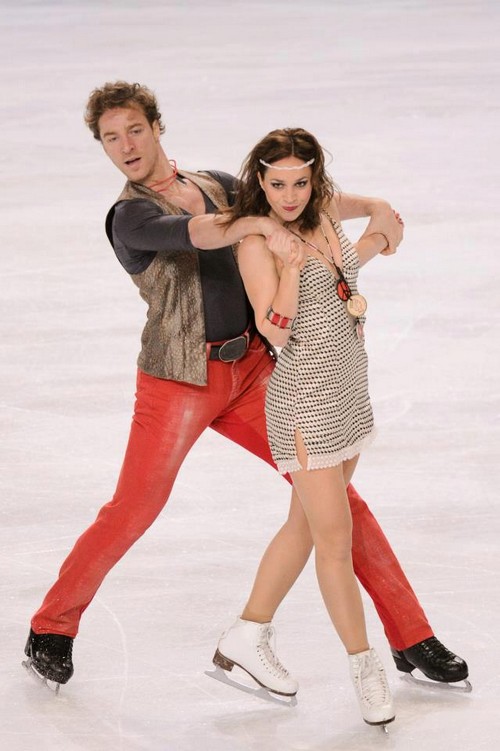 The French ice dance duo of Nathalie Pechalat and Fabian Bourzat have spent the past few seasons doing whatever it takes to continue a steady climb to the top of the pack. First they moved from France to Russia, to train under Alexander Zhulin for a few years. He helped sharpen up their skills and improve training habits until last year when they were forced to leave as the Russian Federation demanded its coaches only work with Russian competitors. This smart team decided that a decision like that was going to ultimately push them in a better direction and they landed in perhaps the ice dance capital of the world- Detroit. Nathalie and Fabian spent last season absolutely thriving under the tutelage of Angelika Krylova and Pasquale Camerlengo and they also found themselves finally on the podium at the last World Championships.  That bronze medal was a hard-earned victory for the team and it was certainly not the end of the road, as they are back ready to do battle in this final season before the much heralded 2014 Olympic Games.

They have collected a handful of gold medals while competing at the international competitions from this past fall and won their fourth national title. The duo was set to defend their European title but last week Fabian suffered a serious groin pull that has given them no choice but to withdraw from that competition. The goal now is to heal up in time to make an all important appearance at the world championships in London, Ontario Canada in March.

Before his injury Fabian took some time to reflect back on why he and Nathalie chose a Rolling Stones Medley for their free dance.

. “Well, about the Free Dance: our choice was fixed in May on the Rolling Stones. We wanted something totally different from the past programs and we realized that we had never been to this kind of style. The Stones have emerged quickly: their music is inter-generational, it makes you immediately want to dance and especially because the group was founded 50 years ago, we see them everywhere! We had to choose one aspect of the group as they crossed the decades and styles. We wanted to go further than the rock and roll side and leather. We focused on the 70s, hippies and groove. As every year, we want to ensure that our program is coherent between technical elements, choreography, story and characters so we had a big job of reflection before even starting to work on ice. All items are new and stick perfectly to the theme. The choice of musical pieces was difficult, all are great, but from what we wanted to do with this program, we chose “Miss You” “Angie” “Sympathy for the Devil” and “Start Me Up”. Nothing matters when we choose a new program. We are not trying to look for what we should do to score points. It’s a choice from our heart and soul since we have to train everyday for a year on these pieces. 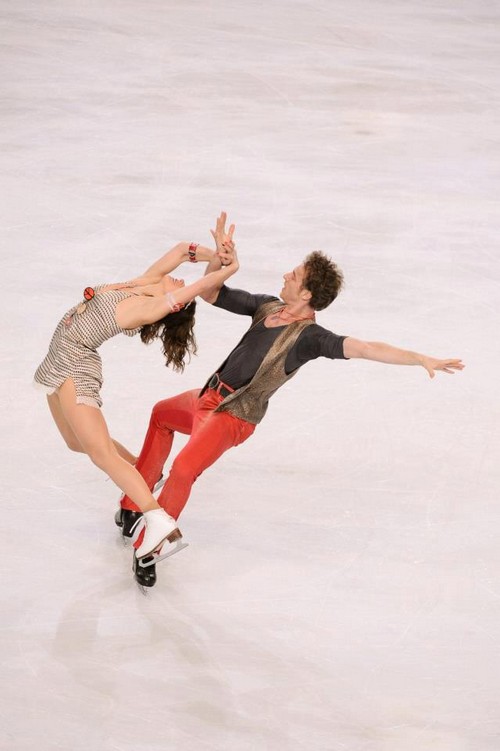 In order to remain in top form and one of the most elite teams in the world, the dance couple trains hard and ironically enough, right beside some of their toughest competitors.

“It’s the same always.  3 hours a day on ice and then workout, dance and choreography sometimes. We are way too focused on our improvement to take care about how everyone else is doing. We will see that in competition. I think we complete the technical skills that we missed and hard work is always rewarded. The most exciting thing for us is to be able to present our programs all around the world -China, France, Croatia, Canada” says Nathalie, 29 from Lyon, France.

While Nat and Fabs remain very grounded and take the season one competition at a time, they still see Sochi as the Olympic dream at the end of the line.  “We are of course thinking about Sochi but there is so many important competitions coming now that we can’t just get lost in our dreams of the Olympics!” says Fabian. 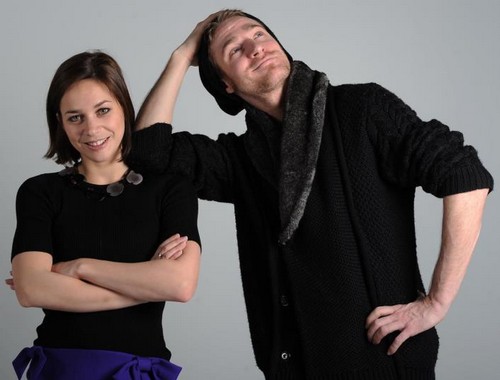 Nathalie and Fabian will, no doubt do everything in their power to lace up their skates in order to compete at the World Figure Skating Championships March 11-17 in Ontario, Canada. They are the two-time reigning world bronze medalists and are absolutely itching to climb a step or two higher onto the podium!