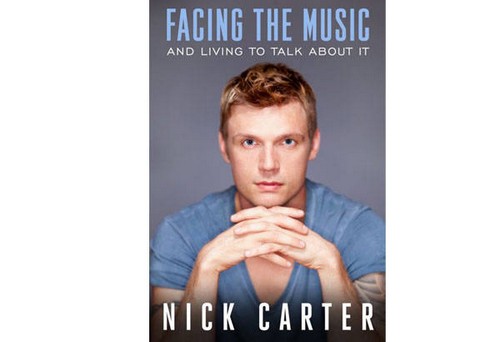 Nick Carter has written a lengthy memoir, Facing The Music, chronicling his days with the Backstreet Boys and how his hard partying led to his drug and alcohol addiction. An excerpt released last week showed that Nick was blaming his friends and ex-girlfriends for enabling his drug abuse, and now he’s trying to blame his parents. While I understand the tendency to not take responsibility, it was still his choice to pick up the alcohol and it was his choice to pick up the drugs, not his parents and not his friends.

Of course, he was just a teen boy when all this started. To some level, his handlers and family do need to be held responsible for introducing him to alcohol at such a young age, and then refusing to step in when they were needed. But in the end, drug and alcohol addiction happens based on personal choices, not because people force it down your throat. Peer pressure might be the culprit, but in the end, most people wouldn’t put a gun to your head if you didn’t drink or do a line of cocaine.

The way Nick explains it, his parents are pretty much single-handedly responsible for his alcohol abuse. He explains, “Family legend has it that when I was two years old, I crawled into one of the Yankee Rebel’s liquor storage rooms where I was caught drinking for the first time. My parents always laughed at that. I laughed too, for a while, and then I didn’t laugh at it any more. My parents …always stressed about money, which is another reason they turned to alcohol so much. I’m shocked to see home movies taken when I was nine and ten; in them, I’m pretending to be drinking. Clearly, I’m mimicking my parents.”

In the end, none of it mattered. He had to make the choice to stop drinking and doing drugs, and it certainly took him a very long time to realize that if he didn’t stop, he would eventually wind up dead. The fact that he did stop is a testament to his own will power, something he should have used when he was younger.