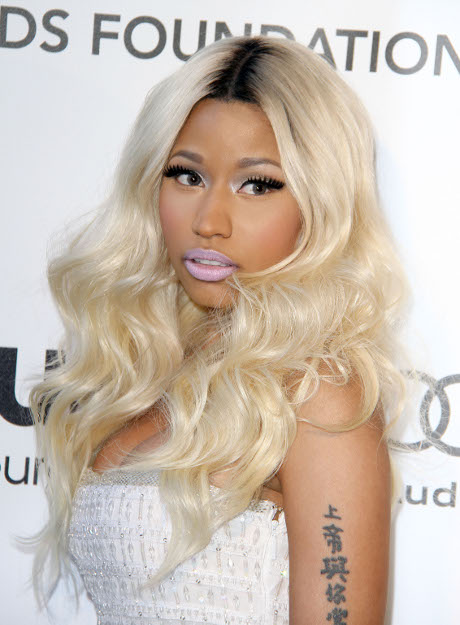 Sometimes, celebs just blatantly come out with their criticisms against other celebs. Nicki Minaj, a person definitely not shy about voicing her opinion, has recently blasted her American Idol co-judge Mariah Carey on Twitter, basically calling her a bitter and insecure woman who lacks a personality people can identify with.

If you watched last night’s episode of Idol, then you probably saw the slightly heated exchange between the two judges. During the show, Mariah thought she’d dish out some good ol’ fashion burns. She taunted Nicki by alluding to the fact that she’s never had a #1 on the Billboard top 100.

Well, if you thought Nicki was going to let that slide, then you clearly don’t know Nicki Minaj like I do. Nicki took to Twitter to continue the war of words and insults.

“All dem #1s but JLo phone ringin? Lol. I guess having a personality, being a secure woman, and giving genuine critique still trumps that.”

Honestly, I think that response is hilarious. Nicki is of course referencing the recent rumors centered around the fact that Jennifer Lopez might be coming in to replace Mariah, whose effectiveness as a judge is questionable — especially in the eyes of Minaj, who had this to say via Twitter: “Why a woman SO successful at her age, is still so INSECURE, and bitter.”

What do you think about Nicki Minaj and Mariah Carey on Idol? Nicki contains a lot of crazysauce, but she makes the show interesting and definitely isn’t afraid to dish out honest critiques — even if it means coming across over-the-top and super harsh. Is she the new Simon? Are the showrunners recognizing this fact?

Honestly, this show is going downhill fast and they need all the help they can get to raise this sinking ship. Do you think replacing Mariah Carey is the right thing to do? How do you feel about Aussie Keith Urban?