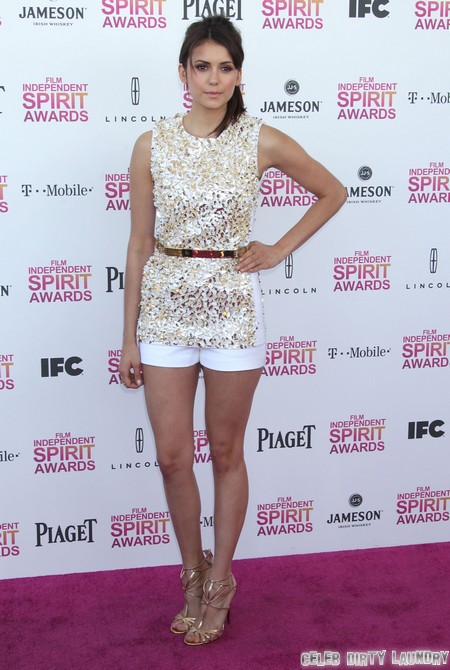 Nina Dobrev pregnant – WHAAT?!? Several of Ian Somerhalder’s fans believe that he is really a vampire and that his children will become as immortal as Judi Dench, but said fans also eat cardboard boxes while they hunt for dinosaurs in Greece, so we’re not sure whether to believe them. This small group of super intellectual fans (sarcasm drips so well) also tend to believe that babies are delivered by a talking stork.

Well, village dwellers, do we have a surprise for you! That talking stork, with the yellow beak and the smiling eyes, might have just planted a baby in Nina Dobrev’s tummy (no, the stork wasn’t a Scientologist!). According to reports filed by a group of Angela Lansbury wannabe’s, Dobrev’s baby bump is as visible as a homeless woman on a crystal meth trip – or in other words: big, all over the place, and completely bat shit crazy.

Is there any veracity to the story, you ask? Well, village leader, Somerhalder and Dobrev have been dating for quite some time, and as far as we know, Dobrev isn’t Julie Andrews in The Sound of Music, and Somerhalder doesn’t belong to a monk support group. Therefore, logic dictates that these two have already done the nitty gritty, or in basic terms: had sex. (Gasp). Sure, the vampire and his gal might have used protection in the form of garlic and holy water, but there’s always the odd chance that the vampire and his gal were drunk on moon shadow and blood, and were unable to judge the situation.

We choose the latter with a healthy serving of morning sickness and pickles.

What do you think? Do you think she might be pregnant? Let us know your thoughts in the comments below. 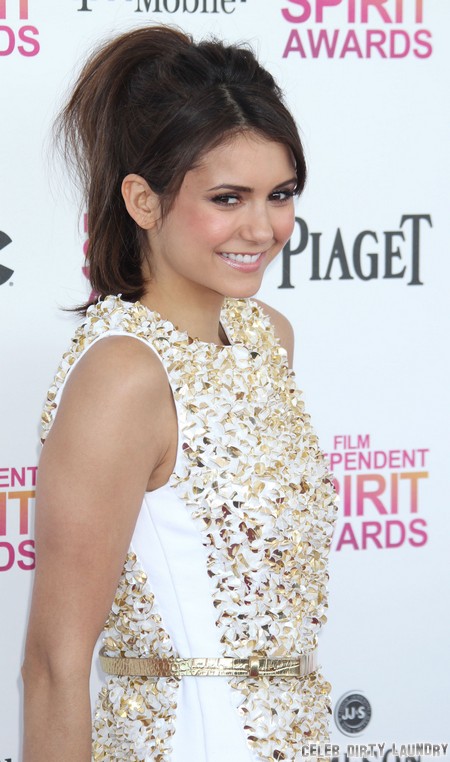