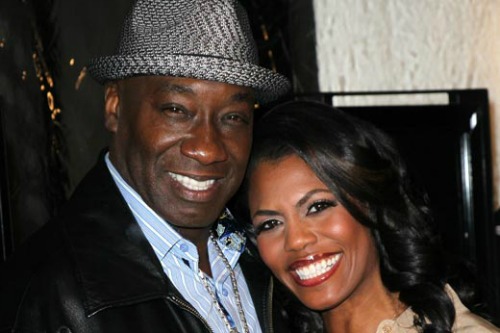 Omarosa Manigault has been accused by LaToya Jackson of basically pulling the plug on Michael Clarke Duncan — and now it’s getting worse!

Michael’s family is basically accusing Omarosa of convincing him to change his will to benefit her before he passed away in September 2012. Michael’s sister Judy said that she has hired a lawyer to investigate the circumstances surrounding the changes to Michael’s will. The changes, benefiting mostly Omarosa, took place in April 2012.

Judy revealed that she didn’t believe her brother was of sound mind when he made the changes and that he was still not himself as early as December 2011. TMZ has more of the details:

Judy says her suspicions about Omarosa intensified when MCD was hospitalized following his heart attack … telling us Omarosa was fixated on MCD’s money when he was on life support.

For Omarosa’s part — she tells TMZ, “I don’t control the estate or the finances and Judy knows it. If you saw all of her emails and texts to me you would see that she is just trying to get money from me, and threatened going to press if I did not give it to her and that is a crime!”

Is there any real way of knowing whether or not she influenced his decision to change his will at all? Sound off with your thoughts in the comments section below!