Once Upon a Time in Wonderland Sneak Peek Preview: Love Conquers All (VIDEO)

BY Nicholas Sanford on June 25, 2013 | Comments: Leave Comments
Related : Once Upon A Time, Spoiler, Television 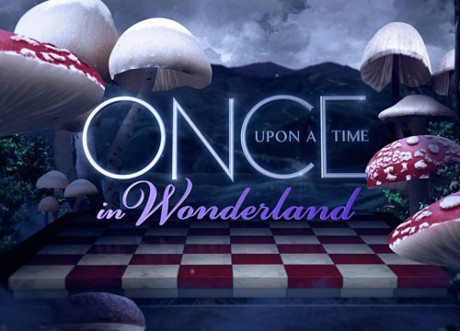 Out of all the shows coming to us this fall, those new and those returning, we’re quite excited for Once Upon a Time in Wonderland. From Once Upon a Time co-creators/story magicians Adam Horowitz and Edward Kitsis, this new series will explore the fantastical elements as first constructed by Lewis Carroll. The main protagonist of the show is, obviously, Alice as she attempts to  reconnect with the magical realm of Wonderland. Standing in her way, however, is reality and a strict mental institution that insists her memories of Wonderland are mere delusions.

It’s not long before Alice is rescued from this horribly dull reality and swept back to Wonderland, where she’ll begin an epic journey to relocate her long lost love, Cyrus.

Fans of OUAT are undoubtedly thrilled for this show, as the Wonderland bits in the OUAT series were some of the show’s best moments, including the story lines involving the Mad Hatter and Cora’s role as the Queen of Hearts. However, some fear that this Wonderland-centric show will be too limited in it’s mythology, which is quite broad and seemingly unlimited in it’s parent series, OUAT.

Celeb Teen Laundry says, “Thankfully, it seems like the showrunners got past that hurdle, because everything they’ve been saying so far sounds fantastic. In a new interview, they reveal that what got them excited to explore the spin-off series was the Mad Hatter and delving into Cora’s search for her ‘lost love’. They explain, “[Wonderland] is going to be very limited with a beginning, middle, and end. It stands as it always does, loving him and wanting him to be on every episode, but him being incredibly busy around the world.”

Nobody is sure whether or not Sebastian Stan will return to his role as the Mad Hatter, but it seems unlikely. Showrunners say his schedule is exceptionally packed next year. Who will play the Hatter? Hopefully someone crazy, crazy, crazy. I think it would be interesting if they got a very young actor to play the role — around the same age as Alice. Typically, the Hatter has always been quite old; might be unique to take the character in a different direction.

Check out the 21 second promo trailer below. We’re so excited to take a trip down the rabbit hole! We love absurd worlds.