BY Nicholas Sanford on November 24, 2013 | Comments: 3 comments
Related : Hot News, Once Upon A Time, Spoiler, Television 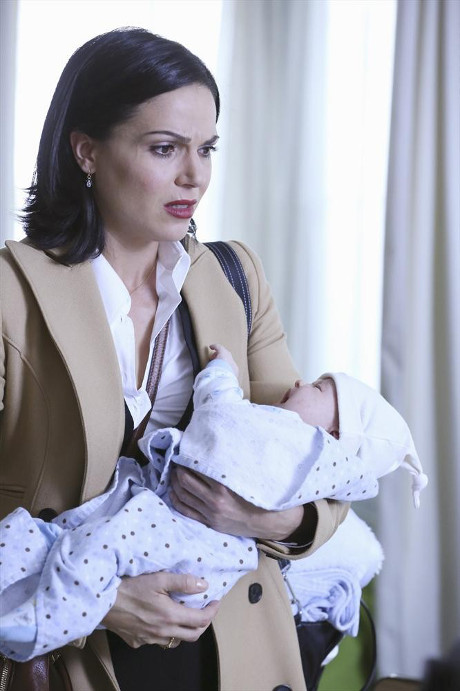 Peter Pan continues to cause turmoil in his quest to capture ultimate magic from Henry, who possesses the heart of the truest believer. Once Upon a Time will be back on December 1st with an all new episode entitled “Save Henry.” Before you check out the official synopsis for next week’s episode (and take a peek at some emotional pictures of Regina), be sure to get caught up on all the action. We recapped last week’s episode for you CLICK HERE.

Once Upon a Time episode 9 “Save Henry” brief overview: “While Henry’s life hangs in the balance, the race is on to stop Pan from gaining full magical powers from the heart of the truest believer. Meanwhile, in Storybrooke of the past, Regina decides to fill a void in her life and, with Mr. Gold’s help, sets out to adopt a baby.”

I think the show did a really interesting thing this season by shifting some of the villainy away from Rumple and Regina. For two seasons we saw their worst sides, their black hearts, and their proclivity to only look out for themselves (or what they wanted). Now, during season 3, we’re getting glimpses of what they have the power to become . . . . While they’ll probably never be as good-hearted and totally selfless as Snow White, this season has given us hope for their futures. We hope they don’t revert back to their treacherous ways once Pan is defeated (and, you better believe it, they will stop Pan *hopefully* *fingers crossed*).

What do you think about season 3 of OUAT? Let us know in the comments section below! The photo set below depicts the first moments Regina shares with Henry.