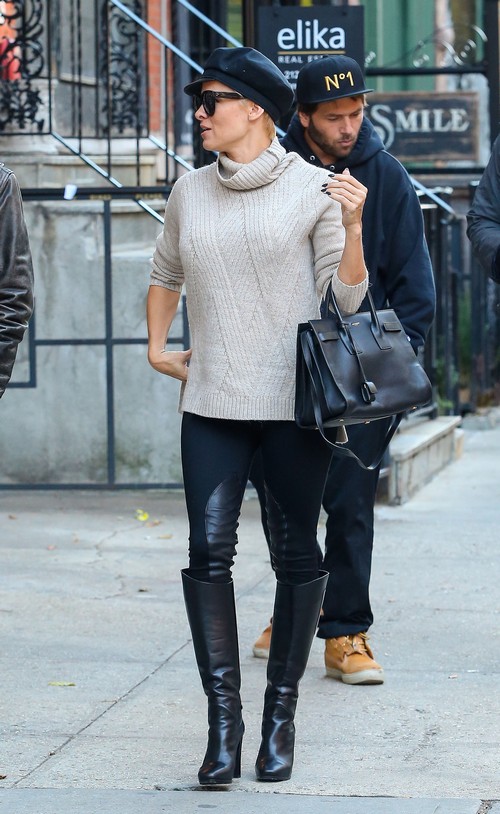 Pamela Anderson‘s career might be in trouble. How can we tell? She’s taking her clothes off – again. According to a report from Page Six, photographer Sante D’Orazio was spotted at Tao restaurant, and he was reportedly ‘showing off‘ nude photos of Pamela. According to the report, these pictures reportedly showed a nude, ‘very slim’ Pamela with her pixie haircut.

D’Orazio has photographed Pamela in risque poses many times in the past, so it’s not shocking that they’d collaborate again. D’Orazio was the one in charge of the Pam Anderson exhibition in 2005 titled ‘Pam: An American Icon’. I don’t know if icon is going too far, but Pamela Anderson is still a world-famous celebrity. These specific nude photos are reportedly for an upcoming issue of Purple Magazine, a culture and fashion magazine that has a primarily French readership.

Now, Pamela does have an existing relationship with the photographer and the pictures are for a high-end fashion magazine. She’s not doing Playboy, which does say a lot. But even that being said, she’s still posing nude. Sure, she’s done it plenty of times before, and she probably won’t stop doing it. But with her, it’s difficult to tell whether she just doesn’t care about posing nude, or because she has an end goal in mind. Or maybe it’s just monetary motivation?

What do you guys think? Why did Pamela Anderson decide to pose nude again? Do you think she cares that people might dissect her motivations? After all, it is only American culture that looks down upon nudes, whereas many places in Europe consider it the norm in fashion. Let us know your thoughts in the comments.