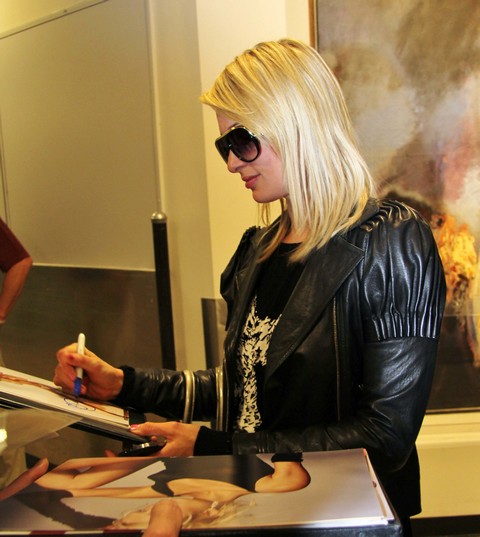 This just brings back so many memories of when we used to watch The Simple Life. Paris Hilton appeared on Danish TV’s Paradise Hotel earlier this week and the show is far from anything they air in the States, that’s for sure. The R-rated program follows the lives of young people who compete with each other by living in a five-star luxurious hotel – only one can come out on top and win the show. In other words, it’s Denmark’s version of Big Brother…  just a little bit more raunchy, but exciting to watch.

Hilton will star in several episodes for the show’s current season. Though she constantly has her work schedule filled up with business meetings and appearances, Paris took time out to help boost the show’s ratings and receive a whopping $300,000 to fly out to Mexico and partake in getting to know all the different personalities in order to judge them on who she felt was real or fake.

“Paris shot it several months ago in Mexico, and she will appear on several episodes during the current season which just premiered in Denmark,” a source tells The Sun.

In the hilarious clip (below), you can see a contestant getting a little bit too comfortable in Hilton’s presence when she asked him if he had any tattoos on his body. He started pointing out each area he had a tattoo inked in, to which Paris said: “I love tattoos,” before telling the camera “I tried to be nice but I don’t really like tattoos that much”. Ha!

Paris Hilton and River Viiperi landed in Salt Lake City, Utah for the Sundance Film Festival. Paris looked great and kindly made time to sign autographs for her adoring fans.