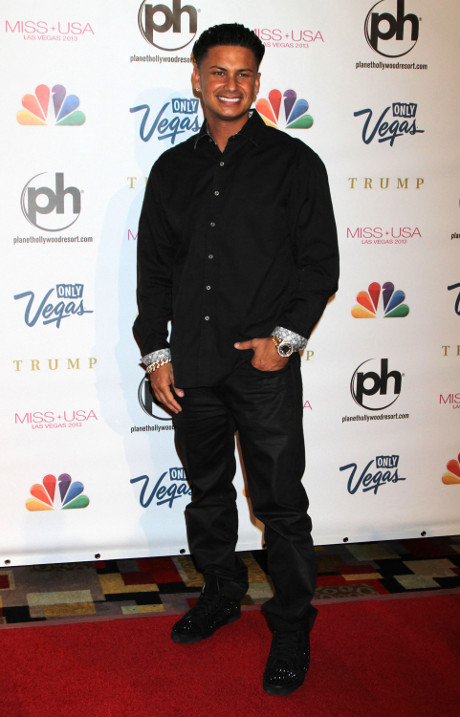 The identity of Pauly D‘s mysterious baby mama has been revealed. The mother of Pauly’s child was hiding in the woodwork, but she recently surfaced, along with a child that Pauly didn’t want anyone to know about — including his family and closest friends! Now, Amanda Markert, who’s a former Hooter’s waitress, is lashing out at the reality star claiming that he’s now trying to take advantage of both her and her daughter, Amabella.

On Twitter, she said, “My poor, innocent daughter being exploited. People should be ashamed involving an infant.” She continued,  “I can’t understand how and why people are so cruel and negative! My goodness, give it up already!”

A close pal of Pauly’s said he tried to keep it a secret but, well, you know how Hollywood secrets go. They ALWAYS come out. What do you think about Pauly’s secret love child? Do you think the news has surfaced at an opportune moment, just when his career needed a bit more publicity juice?