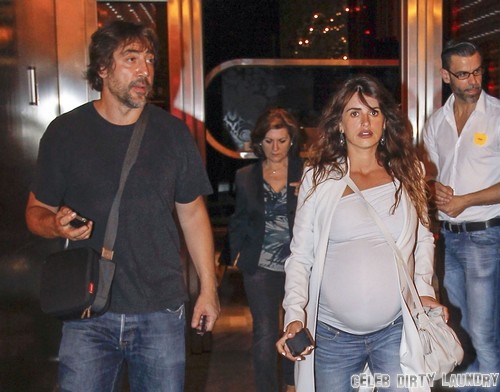 How does a celebrity avoid all the paparazzi hoopla when having a baby? Have it on the same day the Royal baby is born. Penelope Cruz and Javier Bardem welcomed their second child, a daughter on Monday and managed to keep in on the down low thanks to the baby being born across the pond.

Penelope and Javier’s new bundle of joy was born in Madrid, Spain at Ruber Internacional Hospital. Although an official statement from the couple has yet to be released, a spokesperson for the hospital has confirmed that the couple did have a girl. No other details including name, weight, length, etc. have been shared with the public yet, which is no surprise considering how private Cruz and Bardem are when it comes to their personal lives. Especially when it comes to the privacy of the child or rather now children.

It seems perfectly fitting that these two had their child on the same day as the royal baby. As I said they are very private and having all the hype focused on William and Kate’s son certainly took the media pressure off of them. Obviously it wasn’t planned that way but certainly worked out good for Penelope and Javier.

Don’t expect the A-list Hollywood couple to be debuting their child the way the Royals did. If I recall they never released official photos of their son, Leo 2-years old. However there could be a possible play dates with the Royal baby or maybe a future hook-up? I don’t think Cruz and Bardem would want all the publicity that goes along with that but it could a very cute match-up.

Congrats goes out to Penelope and Javier, who welcomed a baby girl yesterday. What do you think about the couple having a daughter born on the same day as the Royal baby? Tell us what you think in the below comments section.