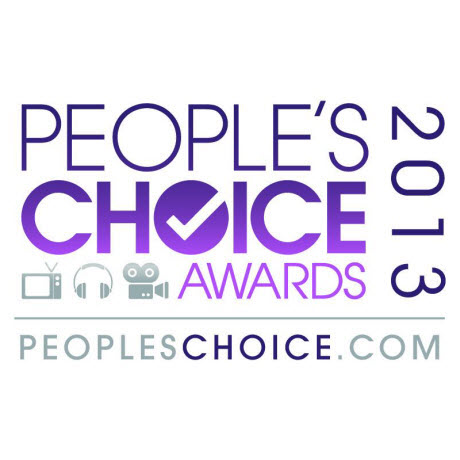 Stay tuned with us all night. After the red carpet ends, we’ll take you into the awards show itself with a live recap of the program. We’ll announce each award, who’s not happy about losing, and we definitely won’t forget all the inevitable acceptance speech flubs! That’s the best part, is it not?

Tonight’s ceremony is again hosted by Kaley Cuoco – the cutie from Big Bang Theory (one of my favorite TV comedies). I’ve got fingers crossed that her show will take home one of the awards tonight. If you’re wondering who will win, I’ve made predictions you can read here. Check them out and see if you agree with my predictions!

I’ve got my fingers crossed for Vampire Diaries and Hunger Games tonight. I love me some Katniss. I’m also excited to see what the stars of all my favorite movies and TV shows will be wearing. I’m starting to geek out already. The awards shows are my playoff games culminating in my personal Superbowl – the Academy Awards…

Kaley Cuoco is in her first gown of the night and it’s divine. She’s in a beautiful blush pink dress with sheer shoulders. Her hair is in a modified updo that’s casual and romantic. The dress has a full skirt – it’s an a-line dress. It’s beautiful.

Tim Gunn has joined the red carpet hosts. I love him! So biting and clever. Plus he has an excellent eye for fashion. He reminds us that this is a more relaxed event that allows the stars to be more creative with their choices.

Melissa Rauch and Kunal Nayyar are on the red carpet talking about their Big Bang castmate and tonight’s host Kaley Cuoco. Kunal looks casual, with a loose tie over his blue shirt. Melissa’s yellow dress is not the most flattering color though. Thumbs down (just a little).

Jason Aldean – who is performing tonight – is in a cowboy hat (of course) and a grey leather jacket that’s biker chic. He looks hot! Loving him in the leather!

MTV star Ashley Rickard channels 1920’s glamour in a pale pink embellished gown. The pale pink gown is anything but “awkward” but I do love her MTV comedy of that name!

Castle’s Molly Quinn looks young and hip in an above the knee black and white dress. I can’t decide if I love or hate it. I’m going to go with love it – the cap sleeves and modest neckline are nice for the young actress. But it’s kind of a boring choice.

Beauty and the Beast’s Kristin Kreuk has a fashion miss with a pecah colored monstrosity. The asymmetrical waist line isn’t flattering and the top leaves her bosom looking like a mystery mist. Thumbs down. She’s the beast rather than the beauty in this flop.

Ooh – a handsome man! Nathan Fillion looks less fab than usual. He’s got a blue and purple tie on that looks like it was made from 1970s wallpaper. He’s a hottie, but this drab black suit and alarming tie make this outfit a mystery, much like his show Castle…

The Wanted are on the red carpet now and they look casual chic pairing casual skinny slacks with dressier jackets. Those boys could not be sexier! Thumbs up for their sloppy style that totally works on them.

The Newsroom’s Olivia Munn looks like a black and white layer cake with a candle. The layers of black and white ruffles are each different which makes the bottom of the dress too busy. It’s hemmed at the least flattering part of her leg and the top is shapeless. This is a fashion fail.

Parenthood’s Monica Potter is wearing an awkward gown that looks too snug around her middle. I like the A line cut, but the lacy shoulders look way too wide and don’t flatter her shoulders. They looks like lace cummerbunds tacked on at the last minute. Strip those off or cut them down to an inch or two and this dress would be better. It’s a C- in my fashion grade book.

Did Carrie-Anne Moss blow all that Matix money she made? It looks like she can’t afford a trip to the salon or a hairbrush. Her hair is messy and not in good way. Her black dress is too plain – looks like she came straight from a funeral. Her giant pearl necklace is lovely, but she needs a nicer hair do to make the most of it. She’s on new show Vegas, but I wouldn’t bet on her fashion sense!

Ian Somerhalder is on the red carpet. Stop the presses! He could wear a papersack and look hot. Or nothing at all (that’s my preference). The Vampire Diaries hottie is wearing a stylish suit with a crisp white shirt and dark tie. It’s classic and neat. Thumbs way, way, way up. (drool…)

And finally . . . . The last arrival we caught was Taylor. I think Taylor Swift wants Harry Styles to know what he’s missing since they split. Her gown’s deeply plunging neckline is a far cry for her usual demure style. It’s snug without being too tight and the hemline pools around her. Her blue earrings are to die for. She’s exquisite, sexy and  very va-va-voom. Too bad Harry…

Well that’s that, don’t forget to check out some of the pictures we’ve got for you below: