Is Perrie Edwards Pregnant By Zayn Malik – Does This Explain Sudden Engagement? 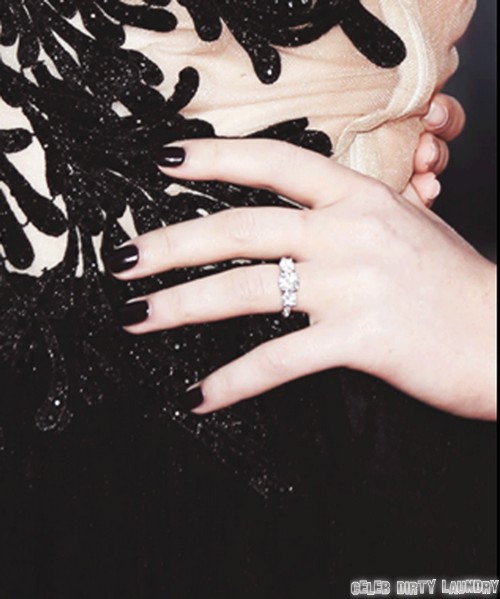 It was confirmed earlier this morning that Zayn Malik and Perrie Edwards were, in fact, engaged. Perrie was spotted sporting a diamond ring during the premiere of the One Direction movie This Is Us, which sparked rumors and denials. However, after the news was confirmed this morning, there is speculation floating around that Perrie and Zayn only got engaged because she’s pregnant.

This is completely unsubstantiated, but I wouldn’t be surprised if it was true. Perrie and Zayn are both 20 years old and they only met in 2011 – I don’t want to say anything negative because they both seem like sweet kids, but they’re not even 21! And in addition to that, you consider how many times cheating rumors have revolved around them, with many women claiming that Zayn had cheated with them or flirted with them. The whole scenario seems ripe for disaster, so I can’t help but wondering if there was something else driving their decision.

Let’s face it, it’s not normal for 20-year-olds to get engaged, even in Hollywood. I can think of Miley and Liam as an example, and we see how well that turned out. But in Zayn and Perrie’s case, since the engagement seemed to come out of nowhere, it does seem like it could be due to a pregnancy. I have no doubt that they ‘love’ each other, or they think they do, but is that enough? Surely, they must know that.

It’s not like their parents will stop them, not with the level of financial security and independence that both Zayn and Perrie live with.

What do you guys think? Is Perrie pregnant? And is that why Zayn and Perrie are getting married? Or are they just really ‘in love’ and want to get married because of that? Let us know your thoughts in the comments.