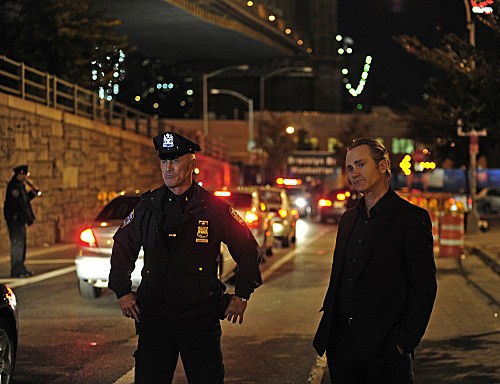 PERSON OF INTEREST comes back for its 9th episode in its third season and we can’t wait to see what happens tonight on the new episode entitled “The Crossing.”  On tonight’s show the POI team faces their greatest threat yet.  Did you watch last week’s episode?  We did and we recapped it right here for you!

On last week’s episode the POI team’s war with HR neared a boiling point when Finch received 38 numbers at once from The Machine. He discovered they are connected to an unknown player who was inciting an all-out war between the crime organization and the Russian mob. Meanwhile, a window into Carter’s past was seen through flashbacks with her son’s father.

On tonight’s show danger closes in when the battle to bring the crime organization HR to justice reaches new heights. Also, when The Machine suddenly gives out Reese’s number, the POI team faces their greatest threat yet.

Tonight’s Person of Interest Season 3 Episode 9 is going to be exciting, and you won’t want to miss it. So be sure to tune in for our live coverage of the new episode of Person of Interest — tonight at 9PM EST! While you wait for our recap, hit the comments and let us know how excited you are about the show. Don’t forget to come back at 9PM for our LIVE recap!

There is only one way to take down Alonzo Quinn. Carter had to turn him into the Feds. Any cop could be dirty and the only way to see justice is to get the federal agents on their side. HR knows this and that’s why they will do everything they can to block Carter off from entering the federal building. They set up road blocks and even took care of the judge that was helping them. He was getting too whiny anyway.

Yet HR took one step further than they normally would. They released Reece’s photo to every known thug in the metropolitan area. They put a bounty on his life. Which only serves to make things extremely difficult as Reece and Carter try navigate their prisoner underground. Thankfully, Finch had enough time to call for back-up before he lost Reece’s connection. He got Fusco and Shaw to come to their aid. And he almost went to Root for help. He was willing to take that desperate measure because a new number came up – Reece’s.

After taking the train appeared to be no longer an option, the cops stopped all train heading to that area- Reece got the help of an old EMT friend. Still they were nearly caught again when Fusco was able to help them out of the roadblock. Much good it did him. He ended up getting caught by HR.

Shaw and Finch overheard Fusco’s capture. Now that they got Carter and Reece into Manhattan, they’re going to turn their resources to rescuing Fusco. HR was in the middle of torturing the detective when his associate/nemesis decided to make an appearance but unfortunately not at his location. She doesn’t know where Simmons took him. She threatened a cop with a grenade of all things in order to get Fusco’s location and when that failed; she had to look for new ways to reach Fusco.

Simmons slowly breaks Fusco’s bones and yet he doesn’t talk. What made him sing was when his son was threatened. He told HR where the bank was, the one that is supposedly holding all of Carter’s intel, just so his son didn’t have to face the same “pressure” he had to.

Carter and Reece are block away from the federal building but if they don’t have to deal with the cops then they have to deal with the gangs out on patrol. They were forced to hide inside the county morgue. But they were caught going into the building. It isn’t long before the cops have the whole building surrounded. Reece knows they can’t escape the morgue together. It’s why he chose to sacrifice himself so that Carter can take down Quinn. He’s always done more than care about Carter. At least his final moments with her would be when he kissed her.

Fusco lied about the bank and Simmons is tired of trying to get what he needs from him. He sends the order for both Fusco and his son to die. To make it worse, they were going to make Fusco listen on his son’s death. He was on the phone when he heard Shaw save his kid and she managed to tell him she was sorry. She had to choose who to save. Him or the boy. Although now that Fusco is relieved over having to worry about someone else; he could focus on himself. He broke his own thumb to get out of his restraints. Allowing him to overpower his would be assassin.

Reece cleared the morgue for Carter. He was nearly gunned down when Finch somehow found two honest cops left to take him into police custody. Meanwhile Carter marched Quinn into the Federal building unimpeded.

Quinn wasn’t as powerful as he thought. His whole organization from Simmons to the lowest soldier are going down.

Carter was getting Reece out of prison. She was going to deliver him to Finch while she went back to work. However Simmons surprised them. He escaped capture this far in order to get revenge. He was trying to kill Reece when Carter got in the way of the bullets instead. Simmons quickly fled the scene never knowing the damage he caused. Because he killed Carter, Reece is going to hunt him down no matter what.