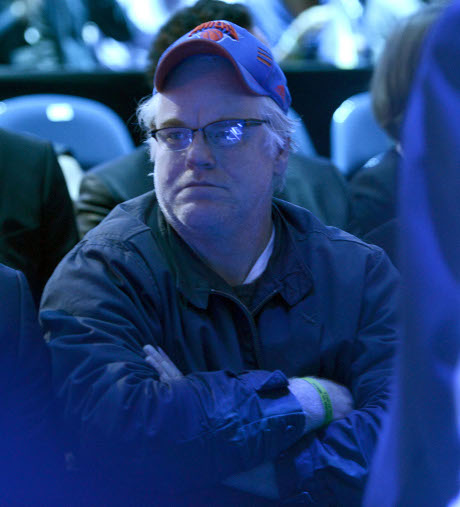 We’ve just heard word that Philip Seymour Hoffman, celebrated for his Oscar-winning performance in Capote, recently entered rehab to help cope with his crippling addictions to prescription drugs. After 23 years of being sober, the actor fell off the sobriety wagon last year, during which he became severely addicted to heroin. The drug problem was spinning out of control so he decided to enter a care program to help him detox. It seems as if the program worked because, after only ten days, he was spotted back on the set of a movie.

According to TMZ: Hoffman — who struggled with substance abuse in the past but kicked the habit for 23 years — fell off the wagon more than a year ago.  He tells TMZ it started slowly with prescription pills, and recently escalated to snorting heroin. Hoffman — who won a Best Actor Oscar in 2006 for “Capote” — tells us the heroin use only lasted a week or so and he quickly realized he needed help, so he checked himself into a detox facility on the East Coast.

He says the heroin use only lasted for a brief while, but it apparently was severe enough and debilitating enough to scare him into a rehab program. He told TMZ that he had unlimited support from friends and family. He seems to be all clean now, and we’re glad he took it upon himself to get his health and life back on track. He’s such a talented actor. It would be a shame to see it all go downhill on account of hardcore drug use.

What do you think about this situation? Did it surprise you to hear about Philip Seymour Hoffman & rehab?